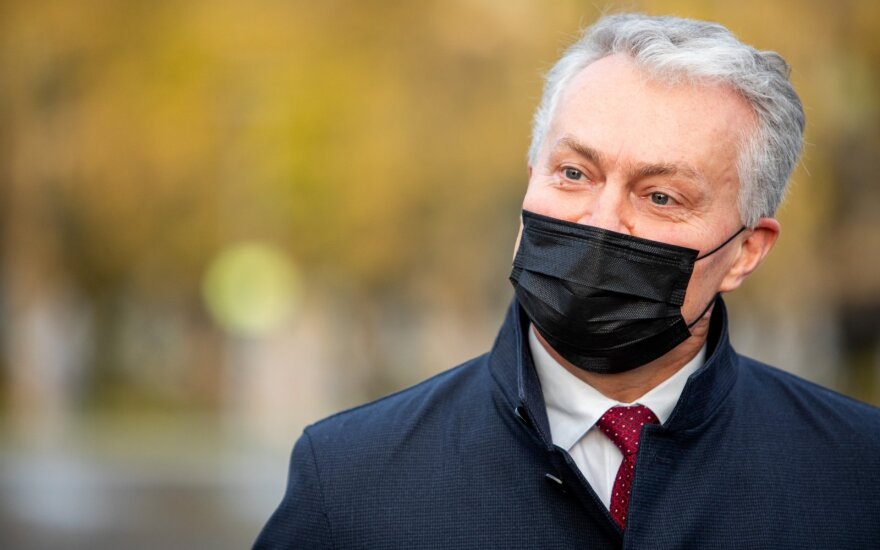 "Probably the most difficult parliament election in the history of post-independence Lithuania has ended. Numerous times we have heard the concerns of whether people would come to vote amid the spreading coronavirus and whether we would be able to ensure a smooth and, most importantly, safe election process," the president posted on Facebook after polling stations closed on Sunday.

"Lithuanian citizens have answered all these questions though their action. More people came to vote than four years ago and that clearly shows that special circumstances unite us all even more. The lines we saw during the first four days of early voting and thousands of people who chose to vote at home unambiguously say that Lithuanian citizens care what our country will be," the president said.

Nauseda also thanked members of election commissions, observers and volunteers – "everyone who has contributed to making this election not only democratic but also safe".

"Lithuania is facing challenges. We dealt well with the first coronavirus wave but the second wave is only rising and we don’t have much time to make key decisions. Therefore, I expect focused joint work for Lithuanian from the new Seimas, more uniting political culture and will to make necessary decisions," the president said.