Nauseda goes to Estonia to discuss security and energy

...
BNS
aA
Gitanas Nauseda is leaving on Tuesday for his first visit as Lithuanian president to Estonia to discuss security, energy and other issues with the country's leaders. 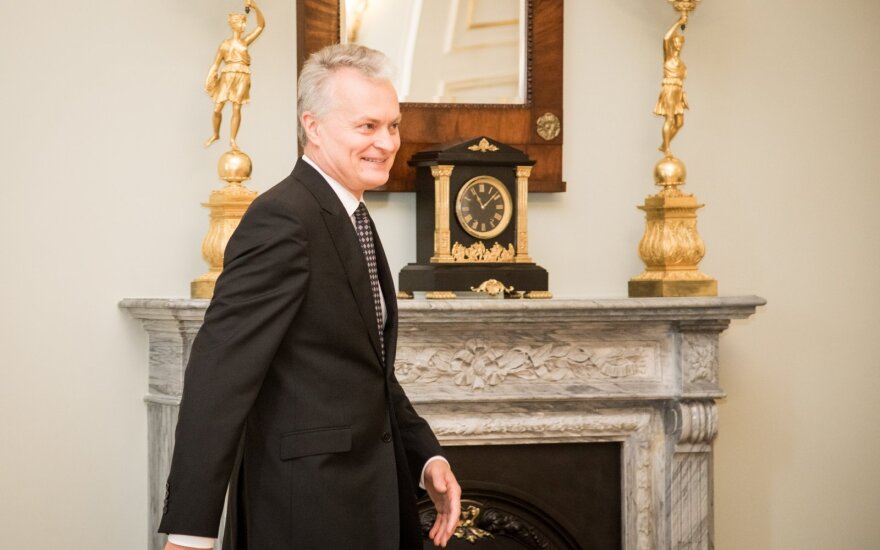 Nauseda is scheduled to meet with President Kersti Kaljulaid, Prime Minister Juri Ratas and President of the Riigikogu Henn Polluaas.

The countries' leaders "will discuss bilateral political and economic cooperation, the security situation in the Baltic region, NATO defense plans as well as EU agenda, including the new financial framework and formation of the new European Commission, during the visit," the Lithuanian president's office said in a press release.

"The meeting will also focus on strengthening of trilateral cooperation among the Baltic States in the form of presidents' meetings, the collaboration between Lithuania and Estonia in research and innovation and development of the joined Baltic capital market," it said.

Nauseda will address "energy issues, including power grid synchronization with the continental Europe, single European natural gas market and safety of the Astravyets nuclear power plant" as well as joint infrastructures development projects such as Rail Baltica and Via Baltica.

Lithuania has not yet joined a common natural gas market that is being created by the other Baltic countries and Finland.

According to information available to BNS, the main sticking points in the talks with Lithuania are Vilnius' insistence on keeping the money from gas transit shipments to Russia's Kaliningrad region and compensation for Lithuania's investments in a gas pipeline to Poland.

This is Nauseda's fourth foreign visit after he was sworn in as president in mid-July. It follows his trip to Poland, Latvia and Germany.

Nauseda: Europe can no longer blindly rely on US for its security

Europe can no longer blindly rely on the United States for its security and must take on more...