aA
Lithuanian President-elect Gitanas Nauseda believes that Saulius Skvernelis should stay on as prime minister after his inauguration, but he does not rule out other options. 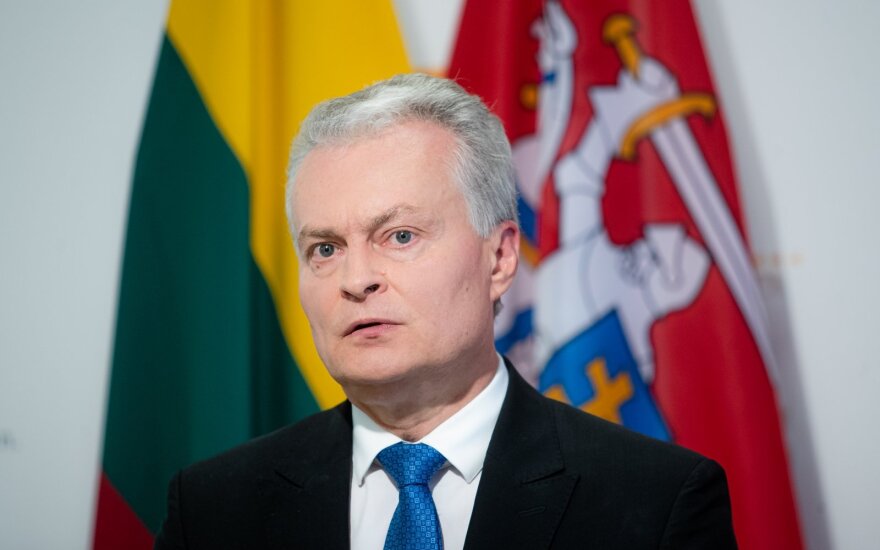 "I think (Skvernelis) should assume responsibility for the remaining year and a half," Nauseda told reporters on Tuesday.

The president-elect, who will be sworn in on July 12, said the stability of the government is his top priority.

"I do hope that he (Skvernelis) himself will make efforts to remain in the post of the head of government. However, if there is a different situation and I see that there is too little willingness to work or there are some other goals that would lead to the government being temporary or unstable, I will certainly not be able to endorse such a government or prime minister," Nauseda said.

"There are no irreplaceable people and there are definitely more candidates in Lithuania to take up the position of prime minister, but my first option, my first choice would be for this government to continue the work it started and to deliver on these promises," he added.

Related articles
President-elect: it's too soon to speak about specific names in government
Skvernelis to remain Prime Minister

The president-elect also said he will take an active part in selecting ministers and will demand that candidates have the necessary qualifications.

The Lithuanian Farmers and Greens Union, which has the most seats in the Seimas, is currently in talks with the Lithuanian Social Democratic Labor Party (LSDLP), the Order and Justice Party and the Electoral Action of Poles in Lithuania–Christian Families Alliance (EAPL-CFA) on a new coalition agreement.

Skvernelis said before last month's presidential election he would step down in case of his failure to make it to the runoff, but has hinted recently that he may remain in his post.

Saulius Skvernelis will remain Lithuania's prime minister under the coalition memorandum signed by...

Lithuanian Prime Minister Saulius Skvernelis has survived a vote of no-confidence by the ruling...

Nauseda against taxing polluting cars in Lithuania yet

Lithuania's President-elect Gitanas Nauseda says he does not back yet the idea to introduce taxes...