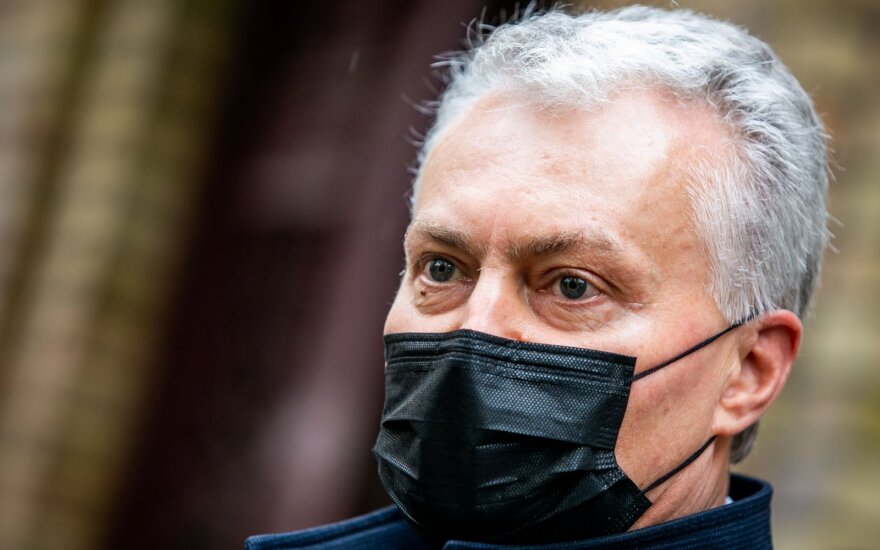 Such words "do harm both to our society and to our relations" with Poland, the president told reporters.

"In fact, we had headed consistently towards this, tolerating the culture of bullying and allowing it to thrive to a point where some individuals allow themselves to make such statements," he added.

Nauseda called on "all good people in Lithuania" not to be indifferent to bullying and to "fight back" those who "have lost their sense of proportion, decency and humanity".

He president said society must return to normal discussions, rather than calling each other "idiots".

Prosecutors said on Monday that they had launched a pre-trial investigation into incitement to hatred over Valinskas' recent interview with the Delfi news website.

Commenting on the results of the first round of the parliamentary election, the former speaker of the Seimas said that people like Tomasevski "should be shot dead".

"Tomasevski is an absolute Colorado potato beetle," Valinskas said, referring to the EAPL-CFA leader's alleged pro-Russian stance. "Receiving funding for his party from the Lithuanian state budget, he's an anti-state figure. People like him should be shot dead, as a matter of fact. One per year. Starting with him."

That excerpt was not included in the publicly accessible interview, but it was recorded during the live interview and posted online.

Valinskas insists that his words were taken out of context. He says the words should be regarded as a figurative expression that was not aimed at inciting to hatred.

The Polish embassy to Lithuania has also condemned Valinskas' words.

The pre-trial investigation was launched based on the Criminal Code's article stipulating liability for "a person who publicly incites violence or a physical violent treatment of a group of persons or a person belonging thereto on grounds of age, sex, sexual orientation, disability, race, nationality, language, descent, social status, religion, convictions or views or finances or otherwise supports such activities".

If convicted, such a person faces up to three years in prison.

Three candidates win seats in parliament in 1st round of voting