BNS
aA
Lithuanian President Gitanas Nauseda says he raised the issue of human rights during his Tuesday meeting with visiting Polish President Andrzej Duda and called on him to seek dialogue with the public amid the ongoing protests in Poland against the abortion ban. 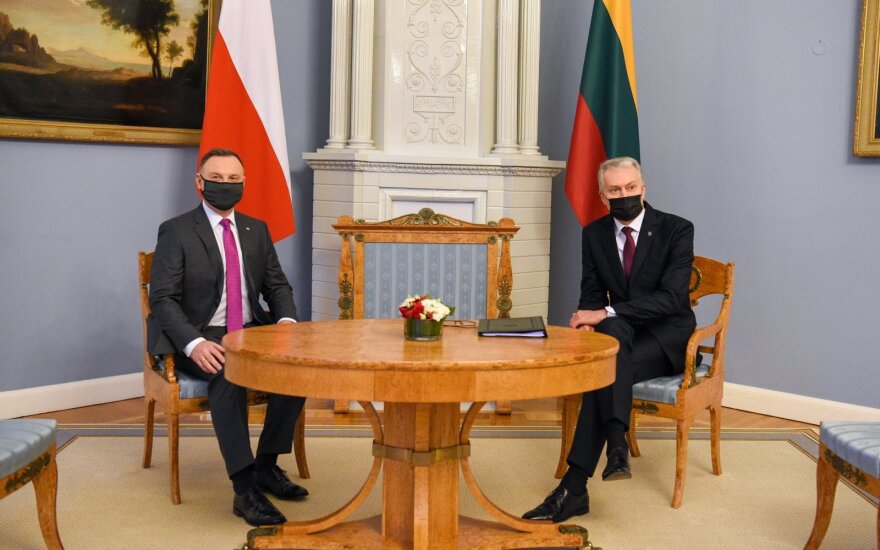 "Inevitably, as good friends do, we spoke about difficult issues as well, with human rights among them," Nauseda posted on Facebook after the meeting on Tuesday. "My position is clear as I have always spoken and will speak out in favor of cherishing human rights and freedoms and having an impartial dialogue with the public. I am sticking to this position, speaking of the issue of women's reproductive health in Poland as well."

The Lithuanian leaders expressed hope that Poland, being "one of the oldest democracies in Europe", will look for "constructive dialogue with all public groups".

Major protests in Poland were sparked by the Constitutional Tribunal's recent ruling that the existing laws allowing abortions in cases of fetal deformities run counter to the country's Constitution.

Issued in October, the ruling led to further tightening of the abortion laws in Poland, which had already been one of the most stringent in Europe.

Among other things, Nauseda and Duda also spoke about the EU budget and the recovery fund and its swifter approval.

"I believe the European Parliament's compromise on the rule of law connection association with the EU budget will be acceptable for all countries," Nauseda said.

Poland and Hungary on Monday blocked the confirmation of the EU budget as it contains a clause stating that the provision of funds could be suspended in response to the violation of the rule of law.

Polish President Duda to pay visit to Lithuania next week (1)

Polish President Andrzej Duda is scheduled to pay a working visit to Lithuania next week, Lithuanian...