BNS
aA
Lithuanian President Gitanas Nauseda on Thursday arrived in Brussels to attend his first EU summit that will focus on Brexit and the bloc's next budget. 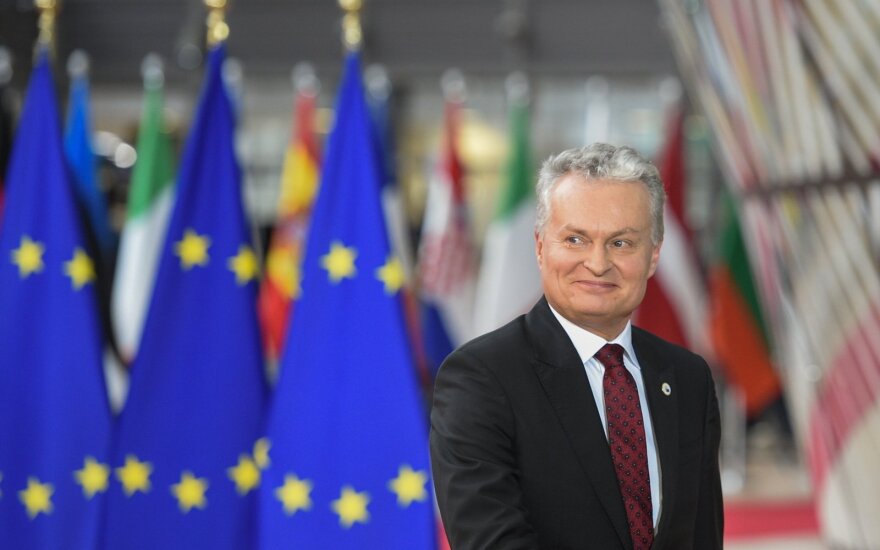 Ahead of the general summit, Nauseda will meet with his Baltic and Nordic counterparts to coordinate their positions.

In the last scheduled European Council before the UK's October 31 departure day, EU leaders plan to discuss negotiations on the terms of Britain's divorce from the bloc.

The key stumbling block has been how to prevent the return of a physical border between Northern Ireland and the Republic of Ireland.

Various possible scenarios, such as an agreement to continue technical talks, a three-month extension of Brexit or a no-deal divorce, were still being considered on the eve of the summit.

On Friday, the second day of the summit, EU leaders are expected to begin talks on the bloc's draft budget for 2021-2027.

No final decisions on the issue are expected on Friday, with many diplomats saying the talks will likely continue into next year.

Lithuania seeks for the EU budget to be as big as possible and wants to secure higher payments to its farmers and prevent a radical cut in cohesion funding for poorer regions.

Nauseda: everybody thinks about plan B despite Brexit deal (1)