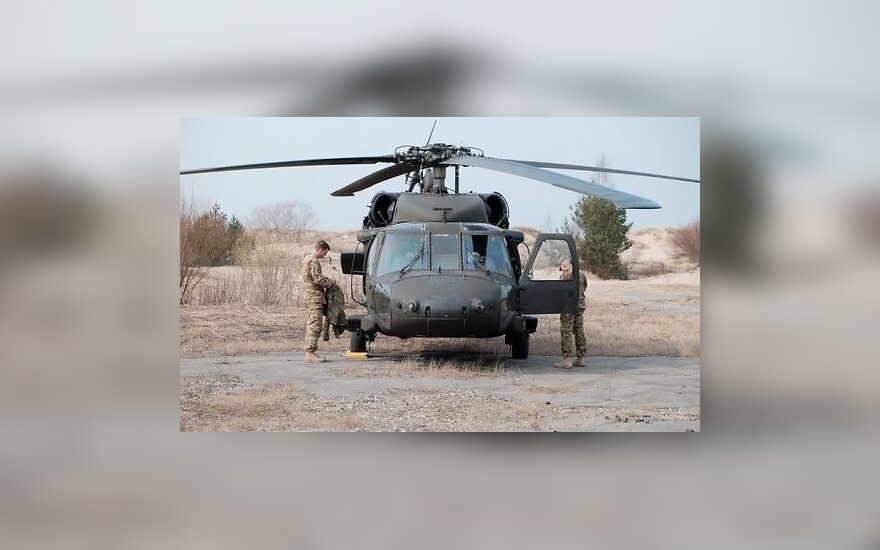 They will replace eight Soviet-era Mi-8 helicopters Lithuania has used so far, the Ministry of National Defense confirmed it to BNS Lithuania on Friday.

The new multifunctional military helicopters would be used for search and rescue operations, as well as for the implementation of tasks of the Lithuanian army and the Lithuania-based German-lead NATO battalion.

The Ministry of National Defense says it will soon launch negotiations with the US government on the acquisition of such helicopters, with the contract expected to be signed by the end of next year. The first helicopters would be delivered to Lithuania by the end of 2024.

According to the ministry, the US government is now looking into possibilities to support this acquisition from it security support funds.

"When acquiring helicopters directly from the US government, Lithuania will receive not only multifunctional military helicopters but also a package of training, spare parts and necessary equipment. There's also a high chance of receiving additional financial assistance through various US security support funds," Minister of National Defense Raimundas Karoblis said in a statement.

It also says the leadership of the US Pennsylvania National Guard has pledged to contribute to the training of the new helicopters' crews and technicians.

"Long-standing and active cooperation with the Pennsylvania National Guard and its support in the future will help to ensure better interoperability with the US army during military exercises and international operations," Deputy Minister of National Defense Giedrimas Jeglinskas said.

The main reason for the acquisition of new helicopters is that the Mi-8s' operation time is about to expire, and the Dauphin helicopters bought several years ago are mainly used for search, rescue and monitoring operation, but not for other tasks.

The Ministry of National Defense also says the maintenance of the old Mi-8s is expensive and they break down often, and the repairs are risky due to complicated supply of spare parts from Russia.

Lithuania is also about to finish arranging the details for the acquisition of 200 American JLTVs.

Misiunas to serve as deputy defence minister in charge of acquisition

Former Lithuanian Minister of the Interior Eimutis Misiunas said on Tuesday he would start serving...

Lithuania is considering buying helicopters for the country's Special Operations Forces, with final...

EU-blacklisted helicopter landed in Vilnius due to fuel shortage

A helicopter of an EU-blacklisted Moldovan cargo airline was allowed to land at Vilnius Airport...