MPs want only children vaccinated against measles in kindergartens

BNS
aA
A group of Lithuanian lawmakers, representing the opposition conservative Homeland Union – Lithuanian Christian Democrats and the social democrats, suggest changing the law and only accepting children vaccinated from measles into the country's kindergarten. 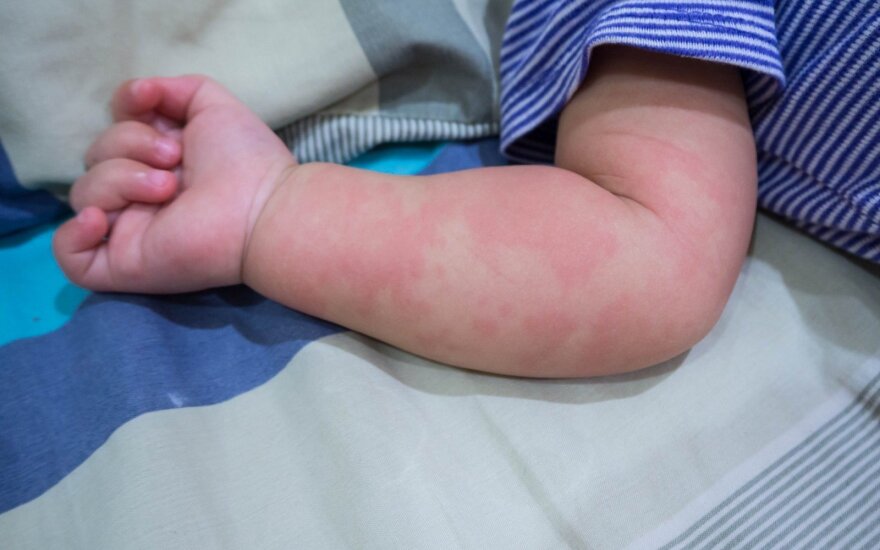 "We propose establishing that only vaccinated children allowed into kindergartens, be it state-run or private kindergartens," Radvile Morkunaite-Mikuleniene, representing the HU-LCD and one of the authors of the amendment, told BNS Lithuania.

The amendment to the Law on the Prevention and Control of Communicable Diseases in Humans would only include an exception for children who cannot be vaccinated against measles, mumps and rubella due to their state of health, for example, allergies.

Adults working with children, staff at healthcare and education establishments and working in closed groups as well as troops should also be told to get mandatory vaccination against measles.

Morkunaite-Mikuleniene said mandatory vaccination before going to an education establishment increases the general level of immunization. She also mentioned several European countries as an example.

"Let's say, in France the number of cases dropped significantly after they introduced mandatory vaccination, linking it to the criteria for kindergarten acceptance, and those numbers dropped in a year. If such a decision were made in Lithuania, it wouldn't be the only country in the European Union, as such rules are in place also in Italy, Hungary and partly in Poland," the MP said.

As the number of measles is growing in Lithuania, social democratic MPs earlier also tried to force parents to ensure that children under 16 are vaccinated against polio, measles and rubella but the Lithuanian Seimas refused to deliberate the issue and didn't put it on its agenda.

Health Minister Aurelijus Veryga, representing the Lithuanian Farmers and Greens Union, and also other representatives of the ruling block are skeptical about mandatory vaccination.

Figures from the Center for Communicable Diseases and AIDS show that almost 500 cases of measles have been registered in Lithuania since the start of this year, compared to only 30 cases over the whole last year.

The number of diagnosed cases of measles has risen to 397 in Lithuania , which is 100 more than...

Over 500 children born in Lithuania after assisted insemination

521 children have been born after assisted insemination in Lithuania over the past two years,...

821 cases of measles have been registered in Lithuania this year, the National Public Health...

The Lithuanian government is considering extending the coronavirus lockdown until June, but relaxing...

Almost 10,000 people have failed to receive necessary medical assistance and died over the past 12...

A woman and three children died in a fire in a village in Lithuania's northeastern district of...

On Tuesday, 1 284 new COVID-19 cases were recorded in Lithuania. Since the beginning of the pandemic,...

The Lithuanian government is considering extending the coronavirus lockdown until June, but relaxing...

Almost 10,000 people have failed to receive necessary medical assistance and died over the past 12...

On Tuesday, 1 284 new COVID-19 cases were recorded in Lithuania. Since the beginning of the pandemic,...