BNS
aA
The Lithuanian parliament gave on Thursday the green light for the appointment of Major General Valdemaras Rupsys as the country's chief of defense. 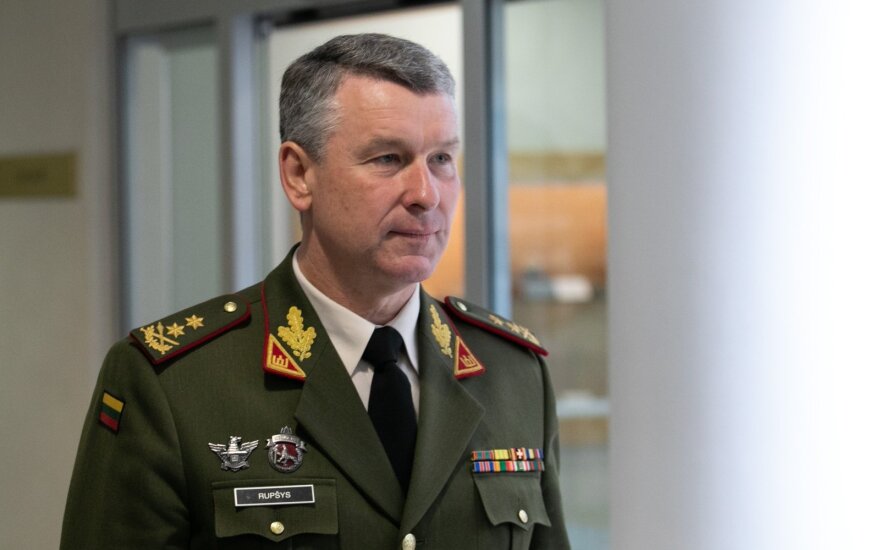 Some 104 MPs voted in favor, none were against, and two abstained.

The 52-year-old general, who currently commands the Lithuanian Land Force, will now be promoted to chief of defense by President Gitanas Nauseda.

Rupsys has in the past commanded various military units and has held the post of director of the Personnel Department at the Defense Ministry.

He was appointed commander of the Lithuanian Land Force in 2016 and received the rank of brigadier general two years later.

Rupsys graduated from the General Jonas Zemaitis Military Academy of Lithuania, the Estonia-based Baltic Defense College and the US Army War College.

He is taking over as chief of defense from Lieutenant General Jonas Vytautas Zukas.

Povilas Maciulis, a presidential advisor, has said recently that the retired general may join Nauseda's team.

Under the Lithuanian Constitution, the chief of defense is appointed for a five-year term and dismissed by the president, subject to the parliament's approval.

The Lithuanian Farmers and Greens Union, the Social Democratic Labor Party of Lithuania, the Order...

Failure to replace the speaker of the Lithuanian parliament may trigger a crisis that will led to an...