...
BNS
aA
Ingrida Simonyte, the conservative Homeland Union-Lithuanian Christian Democrats' lead candidate, was the only party leader to secure an outright victory in single-member constituencies in Sunday's first round of voting. 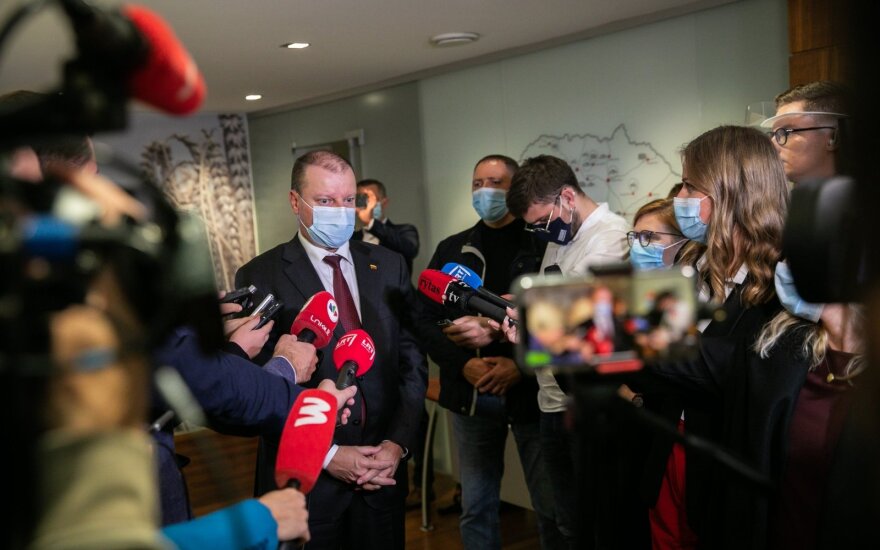 Other leaders, including Prime Minister Saulius Skvernelis, the Farmers and Greens Union's lead candidate, are either facing a runoff in two weeks' time, or were defeated in the first round.

Here is a look at how some of political party leaders performed in the first round, based on returns from 1.988 out of 1.989 election districts.

Gabrielius Landsbergis, chairman of the conservative Homeland Union–Lithuanian Christian Democrats, came in first in his constituency in Kaunas with 38.04 percent of the vote and will compete in the second round against Audrone Jankuviene of the Farmers and Greens Union who garnered 12.77 percent support.

Simonyte won an MP seat in the first round after winning 60.72 percent of the vote in her constituency in Vilnius, compared to 6.35 percent for Vytautas Radzvilas of the National Alliance, her nearest competitor.

Simonyte also won the most preference votes on the party's electoral list in the multi-member constituency, followed by Landsbergis in second place.

Skvernelis received 14.38 percent of the vote in his constituency in Vilnius and will have to face Radvile Morkunaite-Mikuleniene of the Homeland Union who garnered 30.14 percent.

The outgoing prime minister maintained his number-one place on the Farmers and Greens' list in the multi-member constituency, followed by Ramunas Karbauskis, the party's chairman, who did not stand in a single constituency.

Jukna finished sixth in his single-member constituency in western Lithuania with a mere 5.58 percent of the vote. He was also lost his top position on the Labor Party's list to Antanas Guoga, originally ranked at number three, because of preference votes.

Gintautas Paluckas, chairman of the Social Democratic Party (LSDP), came in second in his constituency in eastern Lithuania with 19.99 percent, compared to 29.46 percent for conservative MP Edmundas Pupinis.

Paluckas maintained his top position on the LSDP list in the multi-member constituency, however.

Ausrine Armonaite, chairwoman of the liberal Freedom Party, secured 34.31 percent support in a separate constituency set up for Lithuanian expatriates, compared to 25.85 percent for Dalia Asanaviciute of the Homeland Union.

Armonaite remained at number one on her party's candidate list.

Viktorija Cmilyte-Nielsen, chairwoman of the Liberal Movement, mustered 27.97 percent of the vote in her constituency in Vilnius, narrowly trailing conservative challenger Mykolas Majauskas with 28.92 percent.

Cmilyte-Nielsen maintained her number-one spot on the party list.

Jedinski, the EAPL-CFA's lead candidate, came in fourth in his constituency in eastern Lithuania with 10.57 percent. His party failed to cross the 5-percent threshold to be allocated seats in the parliament under the proportional representation system.

The Social Democratic Labor Party (LSDLP) suffered a fiasco in the election, failing to clear the 5-percent hurdle to enter the Seimas with just 3.17 of the vote in the multi-member constituency.

Gediminas Kirkilas, its chairman and a long-standing MP, finished only seventh in his Vilnius single-member constituency with 4.75 percent support.

Foreign Minister Linkevicius, the LSDLP lead candidate, failed to win a seat in the Seimas, too, as he came in third in the new expatriate constituency with 13.02 percent.

Three candidates win seats in parliament in 1st round of voting