BNS
aA
Lithuania registered a positive migration balance for the fourth successive month in May as more people came into the country than left, with economists pointing to rising wages and facilitated immigration processes as determining factors. 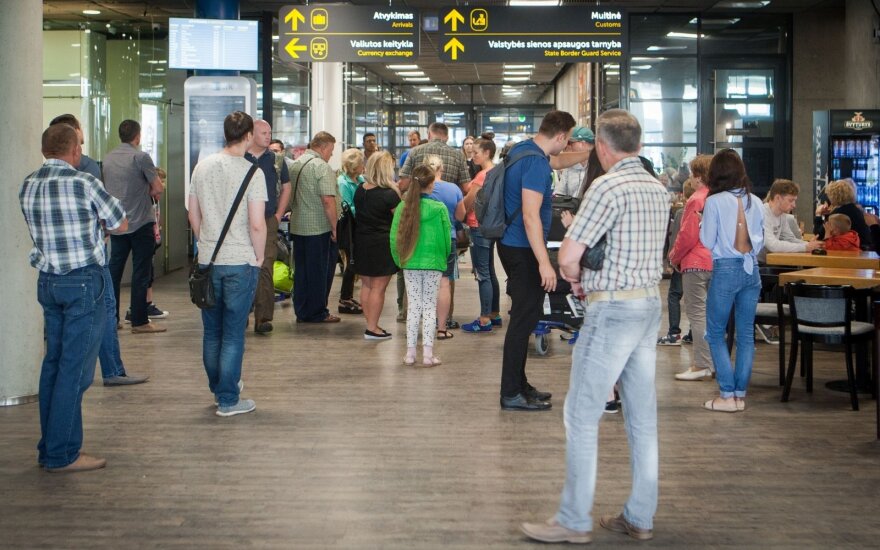 The latest figures from the statistics office, Statistics Lithuania, show 4,472 people came to Lithuania and 3,177 left the country last month. 58 percent, or almost two thirds, of those who came were Lithuanian citizens, with citizens also making the majority, 83 percent, of those who left.

A positive migration balance of over 1,000 was registered in April too.

Tomas Siaudvytis, a senior economist at the central Bank of Lithuania, told BNS Lithuania the increase in the number of returning Lithuanians might have been determined by good conditions in Lithuania's labor market as it's easier for people to find a job, and wages are also rising fast.

According to the expert, the immigration of foreigners is determined by a considerable lack of workers and the recent changes in Lithuania's immigration policy as immigration procedures have been facilitated for some people and businesses.

In the first five months of this year, 18,893 people immigrated to Lithuania and 15,995 people emigrated.

Siaudvytis says it's hard to estimate how this tendency will develop further as it is affected by economic developments and less predictable political decisions.

"Immigration is determined by political-administrative decisions, let's say, the facilitation of immigration procedures or even a Brexit deal," the economist said. "In any case, the mentioned positive changes in the migration area at least for now do not affect the key assessments of the demographic shock, labor shortages etc. that are ahead of Lithuania."

Lithuania lost nearly 3,300 people to emigration last year, the lowest number since the country joined the European Union in 2004.

One in three Lithuanians get at least one type of pension

Some 904,700 people in Lithuania, or one-third of the population, received at least one type of...

Number of job vacancies down in country

The number of registered job vacancies for salaried employees in Lithuania stood at 19,100 in the...

Lithuania's monthly deflation stood at 0.2 percent in June as the prices of goods and services...