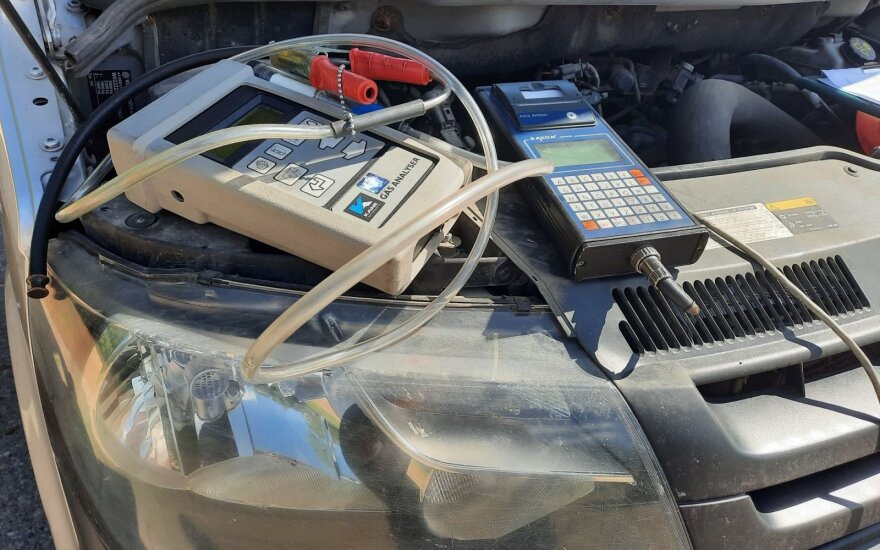 Environment Vice Minister Gintare Krusniene says the new pollution tax, under the plan, would apply to only cars imported to Lithuania and their first registration.

"We are changing not only the content of the law but also its name, renaming the tax from registration to pollution. The existing variant, in place for a year already, has not encouraged people enough to choose a less polluting car, but restricted the sale of polluting cars as it has become more difficult to sell them. One of the key changes is that we are going to tax only cars imported into Lithuania, the first registration, and will cancel the transaction tax for internal transactions," the vice minister told a press conference on Thursday.

"The other element is that we are stepping up pollution taxation and want to cover the whole car fleet, not only acquisitions. On top of the tax for imported cars, we also plan to introduce an annual user tax from 2023," she added.

The reform of the existing vehicle taxation is aimed at encouraging people to pick cars that are at least 30 percent less polluting, thus, halving the existing 70 percent share of diesel cars, and also to eliminate obstacles for selling polluting cars.

Both the registration and the pollution tax will be calculated under the same formula based on the CO2 emissions in grams per one kilometer and the air pollution coefficient.

According to the vice minister, to goal is to curb the inflow of old and polluting cars into Lithuania.

The bill provides for exceptions for large families, drivers over the age of 65 and other groups, and also sets a transition period for all drivers who bought their car before the first pollution tax in 2020.

The taxation changes would apply to passenger cars that belong to natural and legal persons.

Lithuania's Ministry of Social Security and Labor has proposed to withdraw part of the country's...