BNS
aA
Lithuania's Interior Ministry is asking for an additional allocation of 11.5 million euros for the protection of the country's border with Belarus amid the ongoing adjustments to Lithuania's state budget, the ministry said on Friday. 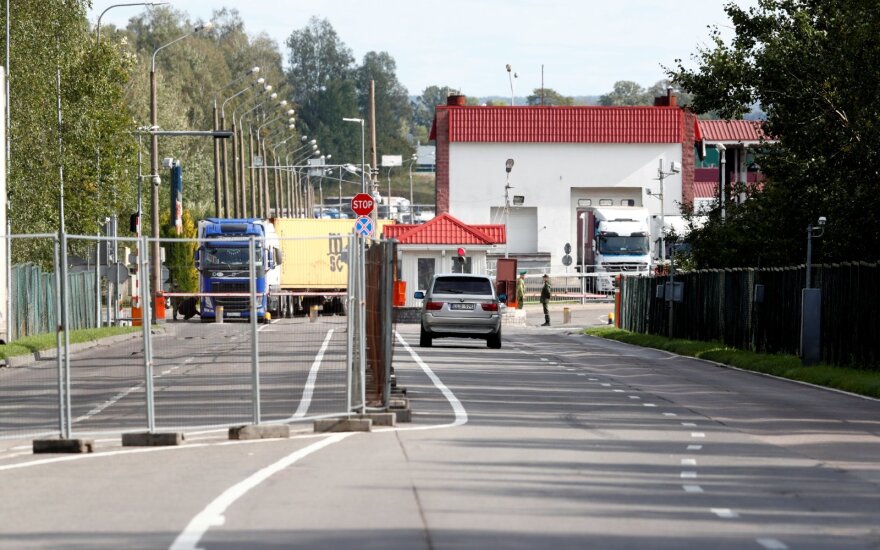 The Finance Ministry is also being asked for 2.8 million euros to cover additional costs of the State Border Guards Service, related to the inflow of illegal migrants and border guards' wages, the Interior Ministry said.

50,000 euros in additional costs for translation services are also being requested for the Migration Department.

"The unstable and hardly predictable political situation" in Belarus "obliges Lithuania to protects its own border, and also the border of the whole of the European Union", Interior Minister Agne Bilotaite said.

According to the Interior Ministry, Lithuania is stepping up protection of its border with Belarus and is mobilizing and involving other states institutions and services. Belarus does not cooperate with Lithuania on the management of flows of illegal migrants, the ministry said.

It was reported earlier in the day that another 32 illegal migrants had been detained in Lithuania near the country's border wit Belarus, pushing the total number of illegal migrants detained so far this year to more than 300.

Some 329 illegal migrants, mainly Iraqis, have tried to enter Lithuania from Belarus this year, according to the data from the State Border Guard Service (SBGS). The figure is four times higher than over the whole year of 2020.

Lithuania has a 678.8 km border with Belarus.

Following the international community's reaction to the diversion and forced landing of a passenger plane in Minsk and subsequent detention of an opposition blogger, authoritarian Belarusian leader Alexander Lukashenko said his country would no longer stop migrants, which Lithuania considers the Minsk regime's conscious action against Vilnius for its strong support for democratic processes in Belarus.

Lithuanian border guards detained a group of nine illegal migrants in Svencionys District after they...

Belarus has stopped a Lithuanian vehicle carrying diplomatic mail, leading to a strong protest from...

The Belarusian regime is using illegal migrants to put pressure on Lithuania and their return...