Corporate Client article
aA
MEP Antanas Guoga is the only member of the European Parliament and Lithuanian to be included in the TOP 200 list of Philanthropists and Social Entrepreneurs, compiled by the positive content portal Richtopia. The top of the list includes entrepreneurs Buffett, Soros Musk, Gates, Branson, Rowling and others. 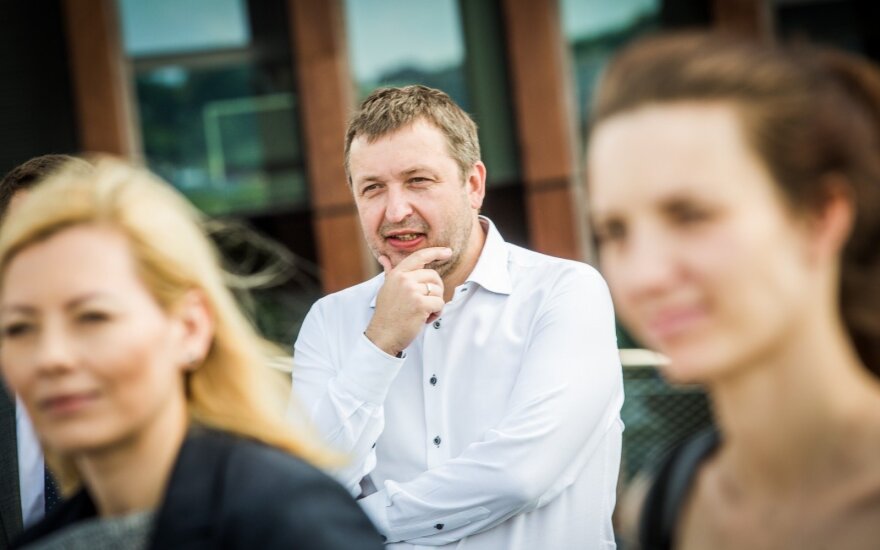 Lithuanian politician, philanthropist and digital entrepreneur A. Guoga says, he is honoured at the recognition. “The possibility to introduce positive changes and progress in my country is the main driving force for the philanthropy today. I’ve donated part of my income already more than a decade in every continent I worked or lived: Australia, Asia or Europe and I have no plans to stop. You cannot lose what you’ve already given away”, commented Mr. Guoga. He emphasized that for him the inclusion in the list is important mainly to highlight Lithuania and show that traditions of the philanthropy are well promoted in this young democracy.

Related articles
MEP Guoga blacklisted by Russia
What the real purpose of the meeting between Skvernelis and Landsbergis was?

MEP Guoga is a committed philanthropist. His full salary earned working as an MEP is dedicated to charitable activities. In 2014, Mr. Guoga has established the Antanas Guoga Support Fund.
Besides that, he has been taking part in philanthropic activities for more than a decade: he supports various social projects in Lithuania, dedicating solid amounts of donations for the social programmes, supporting people in need. Mr. Guoga donates to the Lithuanian Army. He also supported the Lithuanian National Basketball team and other sports. It was his support that enabled the Lithuanian National Basketball team to play in the 2010 Basketball World Cup in Turkey where Lithuania won the 3rd place.

One of the main priorities of A. Guoga is to promote youth entrepreneurship. He is constantly motivating young people to create companies and jobs for themselves by entering the digital market. This was one of the main topics of his event on ICT and entrepreneurship #SWTICH! that MEP Guoga has organized three years in a row. The Lithuanian MEP is ambassador for Coder Dojo and entrepreneurship education and e-skills in Lithuania. Thousands of Lithuanian children have already learned the first steps of coding via these projects. #SWTICH! and Mr. Guoga became the holder of the Guinness World Record title for the biggest programming lesson in the world with 712 kids coding in one room in 2016.

Last year Mr. Guoga announced that he’ll support the Vilnius University Endowment Fund and has dedicated 1 million euro. Mr Guoga is also supporting the construction of the community centre and church in one of the communes in Vilnius City.

The full list of the Top 200 Philanthropists and Social Entrepreneurs could be found here.

Antanas Guoga , Lithuanian member of the European Parliament, has been included into the list of...

What the real purpose of the meeting between Skvernelis and Landsbergis was?

MEP Antanas Guoga , former member of the Lithuanian Liberal Movemen t, has transferred to the right...

MEP Guoga on why party democracy is overhauled

Representative democracy lives from its representatives. Ideally, wise and responsibly acting men and...

Guoga takes over control of BC Lietuvos Rytas