Member of Parliament apologizes for his Nazi salute-like voting

BNS
aA
Audrys Simas, a member of the Lithuanian parliament, representing the ruling Lithuanian Farmers and Greens Party, apologized during the parliamentary sitting on Thursday for the fact that his way of voting reminded someone the Nazi salute. He says he was just voting. 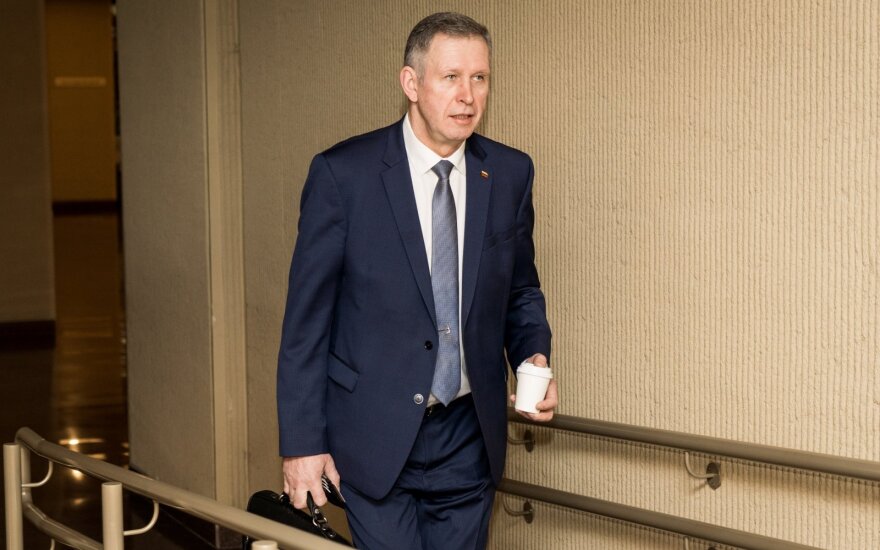 Meanwhile, Ramunas Karbauskis, the LFGU leader, says such interpretations of the MP's behavior serve to the pro-Russian propaganda.

"I am very sorry for my voting but it had nothing to do either with some actions, or was directed against somebody. I was just raising my hand, – Simas said during the parliamentary sitting after members of the opposition demanded explanation from him over his behavior during the parliamentary Committee on National Security and Defense's recent sitting. – There are no buttons during the sitting and voting takes place by raising one's hand. That raising of my hand really had noting to do … I am very sorry if somebody misunderstood my voting."

Karbauskis assured journalists on Thursday that the way Simas raised his hand had nothing to do with the Nazi salute.

Prime Minister Saulius Skvernelis says the way Simas voted did not remind the Nazi salute at all.

Meanwhile, Speaker of the Seimas Viktoras Pranckietis says lawmakers should control their actions. "Simas has already apologized. (…) Perhaps one should apologize to that community that things should not happen like this. We need to control aour actions," he said.

The Jewish Community of Lithuania said on Wednesday it had asked the Seimas speaker and the CNSD to analyze the video recording in which Simas is seen allegedly giving the salute.

Faina Kukliansky, chair of the Jewish Community of Lithuania, told BNS there's a plan to turn to prosecutors.

"We have asked the Seimas speaker and the Committee on National Security and Defense to investigate the incident. We have made an official request and we will also turn to prosecutors, asking them to investigate. If that's true, then there should be one reaction. If it's false, then who and why released that false report into the public," Kukliansky said.

A montage of the video from the CNSD sitting of May 20 was published on Youtube.