BNS
aA
Lithuania's media watchdog, the Radio and Television Commission of Lithuania (LRTK), is considering following Latvia’s suit in banning TV channels of RT group controlled by Russia’s state but the decision will only be taken after the Ministry of Foreign Affairs publishes its opinion on the application of the European Union’s (EU) sanctions, Mantas Martisius, the commission’s chairman, has said. 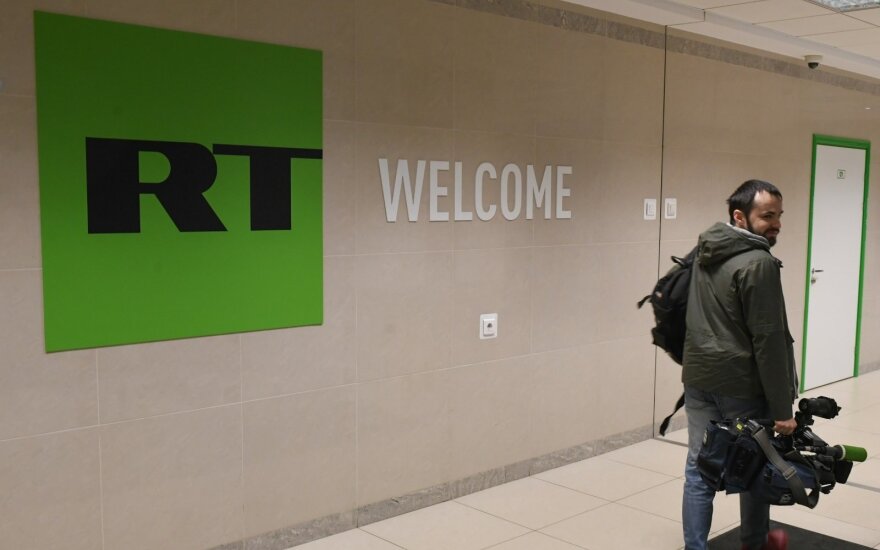 The commission could not adopt decisions related to the Union’s sanctions autonomously in this case, he explained.

“LRTK is ready to adopt decisions on the suspension of TV channels pursuant to the EU sanctions if there is a respective conclusion issued by Lithuania’s Ministry of Foreign Affairs, which is responsible for the implementation of sanctions,” Martisius told BNS on Wednesday.

Having regard to the sanctions imposed by the European Union against Russia's state-controlled propaganda 'news' outlet RT, Latvia’s National Electronic Mass Media (NEPLP) council on Tuesday decided to ban seven RT TV channels, urging other EU member states to do the same.

Latvia has banned the channels because RT is controlled by Dmitry Kiselyov who is on the EU list of sanctioned persons due to his central role in Russian propaganda in support of the 2014 annexation of Crimea from Ukraine by the Russian Federation and ongoing Russian military activity in eastern and southeastern Ukraine.

Lithuania’s commercial media representatives on Monday filed a complaint to the European...