(1)
BNS
aA
The Radio and Television Commission of Lithuania (LRTK) on Wednesday banned Russia's broadcaster RT over its ties to Dmitry Kiselyov, a Kremlin propagandist on the European Union's black list. 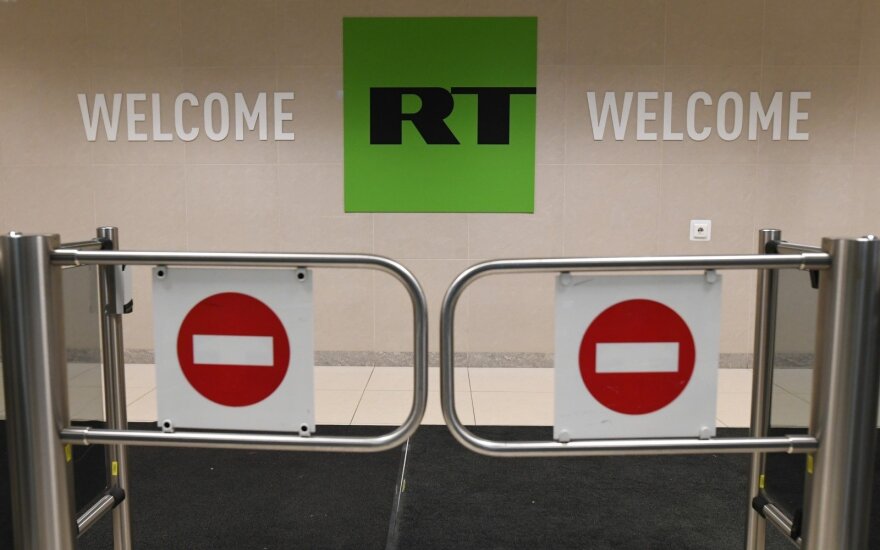 "Taking into account the Foreign Ministry's recommendation, LRTK made the decision to suspend the retransmission of five RT programs in the territory of the Republic of Lithuania," Mantas Martisius, the chairman of the media watchdog, told BNS.

The decision will take effect on Thursday, he said.

Since the ban was imposed because of the EU's sanctions against Kiselyov and not because of violations, RT's representatives were not present at the commission's meeting, Martisius said.

The chairman added that the decision was likely to be appealed.

Kiselyov is the CEO of the news agency Rossiya Segodnya, the owner of the channels, according to the commission.

The move follows the Latvian media watchdog's decision to ban RT which it described as "the most influential Russian propaganda channel".

The National Electronic Mass Media Council of Latvia (NEPLP) took the decision last week based on information that RT is controlled by Kiselyov who became subject to EU sanctions in March 2014 due to his role in Russia's propaganda supporting the annexation of the Crimea and Russia's ongoing military activity in eastern Ukraine.

Lithuania's media watchdog, the Radio and Television Commission of Lithuania (LRTK), is considering...

What is this girl thinking after 30 years? This was the question asked in the Russian newspaper "...

A Vilnius court has on Friday sanctioned the block of Russian news agency Sputnik 's Lithuanian...