BNS
aA
Additional measures have been taken to ensure the security of Lithuania's military personnel in Iraq amid escalating tensions after the recent killing of Iran's top general in Baghdad, the Lithuanian Defense Ministry said on Monday. 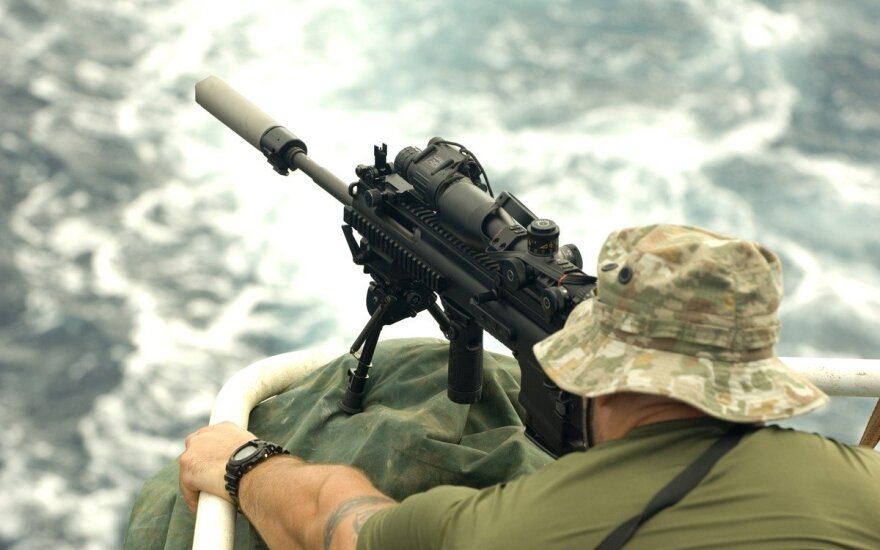 Fifteen Lithuanian soldiers are currently deployed to NATO Mission Iraq and the Global Coalition to Defeat ISIS, the ministry said in a press release.

"Taking into account the deteriorating security situation and changes in the stance of the country's (Iraq's) government, international commanders took additional measures to ensure personnel protection: security level at military bases has been elevated, limitations have been placed on military personnel movement, training activities have been halted," it said.

"The Defense Staff of the Lithuanian Armed Forces is in constant touch with Lithuanian troops on the ground."

"The future of the international forces in Iraq is to be decided in the coming days," the ministry said, adding that the North Atlantic Council was to discuss the situation in Brussels on Monday.

NMI is a non-combat training and advisory mission conducted in Iraq since 2004. Two Lithuanian soldiers are based at the operational headquarters in Baghdad and another four are deployed to the Taji Airport. The Lithuanian military personnel are not mandated to take part in combat actions.

Lithuania has participated in the US-led operation Inherent Resolve in Iraq since 2017 with a constant contribution of six military instructors training local security forces. The Lithuanians are serving within the Danish contingent in the northwestern city of Ramadi, according to the press release.

Delivery of Boxers delayed due to identified defects (5)

The delivery of German Boxer infantry fighting vehicles ( IFVs ) to Lithuania is running behind...

The Lithuanian Defense Ministry said on Thursday it is taking its proposal on the release of...

Lithuanian troops were at attacked base in Iraq

Six Lithuanian troops previously served at one of the bases in Iraq that came under attack from Iran,...

Nauseda: our soldiers' security in Iraq taken care of

President Gitanas Nauseda says steps were taken to ensure the security of Lithuanian soldiers in...