...
BNS
aA
Lithuania's population has grown for the first time in 28 years due to migration trends, the country's statistics office said. 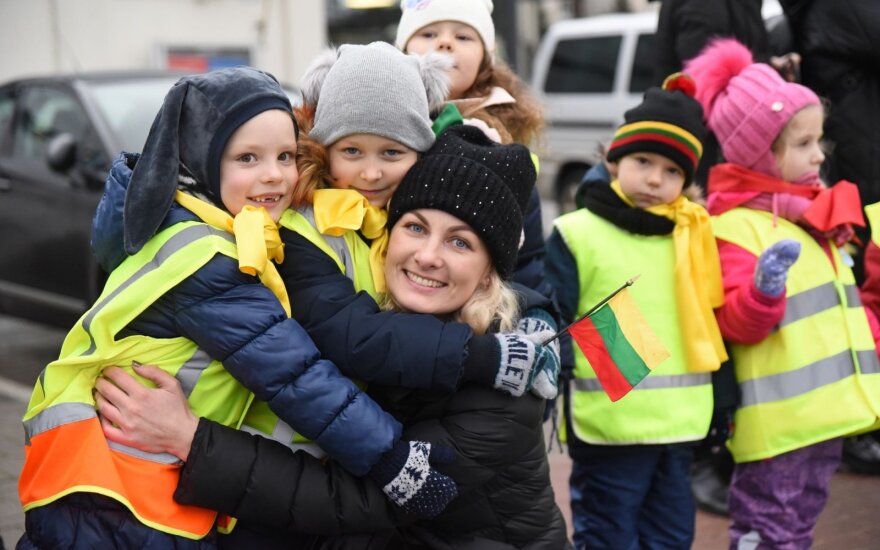 It released preliminary data showing that the resident population of Lithuania reached 2,794,300 on January 1, 2020, which is 145 people more than a year ago.

An increase in Lithuania's resident population had been last registered in 1991, according to the statistics office.

It attributed the population growth to the fact that the number of emigrants exceeded that of immigrants by 10,800 people in 2019. Lithuanian citizens accounted for more than a half of the arrivals, and the rest were mostly Ukrainians and Belarusians.

Impetus for economy and social tensions

Experts say the increase in Lithuania's population will provide a fresh impetus to the economy, but warn that growing immigration may cause social tensions.

According to Luminor's economist Zygimantas Mauricas, the rising numbers come as a sign of relief for the social insurance and healthcare systems, because most of the immigrants join Lithuania's working population.

However, there is another side to the trends published by the statistics office, the economist said.

"The population is growing thanks to cheap labor immigration. That makes companies lose interest in investing in technological progress," Mauricas told BNS.

"Besides, a part of the population may be poor and poorly educated. That may lead to tensions in terms of democracy and thing like that," he added.

Trade unions also warn that the arrival of cheaper labor from Ukraine or Belarus may hold back wage growth in the country and increase shadow economic activity.

Aleksandras Izgorodinas, an economist with SME Finance, says that population growth is driving economic growth, too.

Immigrattion contributes to economic development, because Lithuanians can no longer fill all new jobs created in the country, the economist said.

"Currnetly, Lithuania's natural labor market resource, which comes from the local population, is used to the maximum. The only way to increase employment and boost economic growth is to increase the number of employees, or, in other words, import labor," he told BNS.

Izgorodinas expects that an increase in consumption due to population growth will give a good impetus to the economy, too.

Most immigrants come from Ukraine and Belarus

Among third-country immigrants, 8,900 people came from Ukraine and another 6,400 from Belarus.

Some 29,300 people left Lithuania last year. A third of them emigrated to the United Kingdom. The most popular emigration destinations also include Germany, Norway, Ukraine and Ireland.

Romas Lazutka, a professor of economics at Vilnius University, says it is difficult to predict whether the Lithuanian population will continue to grow.

"Such things are very hard to predict when such transformations are underway," he told BNS.

Population adds almost 550 people due to immigration in August

Almost 550 more people came to live in Lithuania in August then left but the majority of those who...

Lithuania’s greatest struggle – affluent countries will not understand this

Lithuania's cabinet of ministers has endorsed a plan to address massive emigration which has been a...

Minister: requests on Egyptian man and Syrian family's arrival were not coordinated