BNS
aA
Lithuania's new Justice Minister Elvinas Jankevičius intends to initiate discussions on sexual minorities' rights, although he does not reveal his position on these issues. 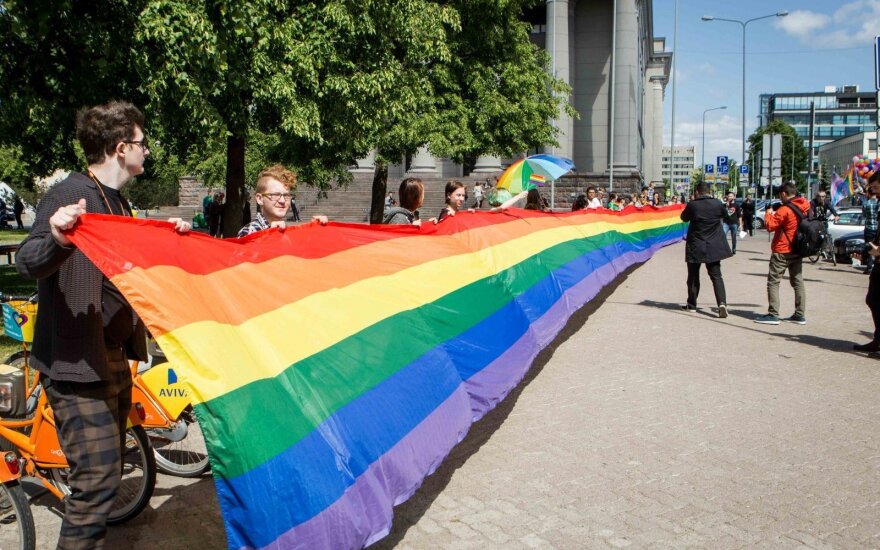 "Following these discussion, (...) the government will discuss all 'for' "and 'against' and we'll then make a decision," he added.

Liberal politicians in Lithuania have repeatedly tabled proposals to legalize civil partnership of same-sex couples, but these initiatives never reached the adoption stage at the parliament.

Those in favor of regulating by law same-sex relationship say that homosexual couples in Lithuania are now discriminated against, because such people have no right to inheritance or automatic access to information about their partner's health in an emergency, and they cannot represent each other in court proceedings.

Opponents say that if partnership is legally recognized, this will undermine marriage as an institution and may be the first step toward allowing homosexuals to adopt children.

Jankevičius would not say what his position on these issues is.

"Since my words are treated as those by the minister, I'll make my position known after discussions," he said.

Lithuania this year scores better in a survey on LGBT rights, but still lags behind many EU member countries.

ILGA-Europe this year ranked Lithuania 37th out of 49 countries in its annual report, up from 39th place last year.

The Lithuanian Gay League (LGL) said on Wednesday that it had asked President Dalia Grybauskaitė...

Lithuania's new Justice Minister Elvinas Jankevičius is described by people from his circles as a...