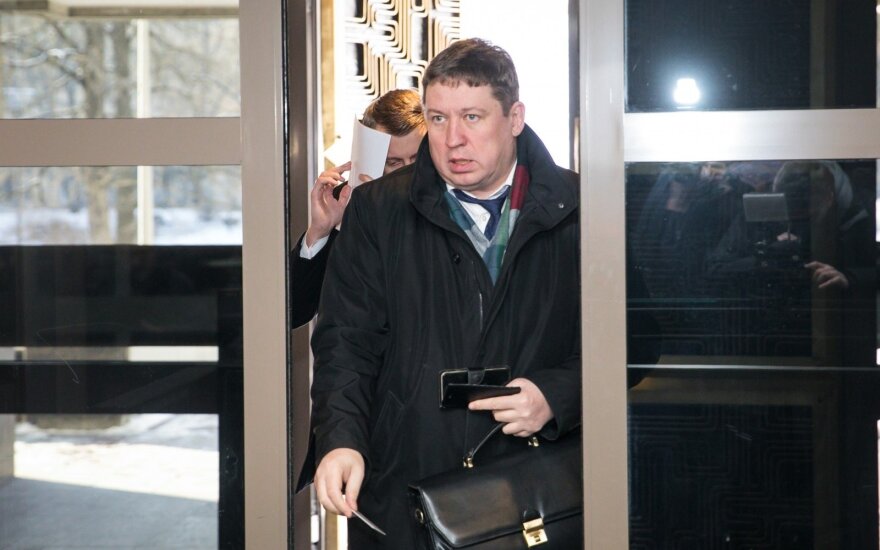 "This is yet another attempt to spread downright lies, it is an attempt to set partners against each other and undermine the society's trust in Lithuania's support to Ukraine and discredit Lithuania on the international arena," Karoblis said in a comment to BNS Lithuania via his spokeswoman.

He emphasized that cooperation with Ukraine had been one of Lithuania's foreign and security policy priorities for a long time and would remain a priority in the future.

"Lithuania supports Ukraine's independence and territorial integrity, it has always supported Ukraine's objectives of European and Euro-Atlantic integration and would continue the support," said the minister.

The fake news published on a few websites over the weekend also suggest that the minister allegedly accused Ukraine of using the Crimea situation to draw the US attention from the threats the Baltic state are faced with.

According to the report, Karoblis stated the position at the US-Lithuania Defense Forum in late February and shocked the reporters, however, the minister was not even present at the event.

The English-language message also features a brief video of Karoblis saying a few sentences in Lithuanian about Ukrainian forces.

Karoblis has also been targeted by fake news earlier this year: tv3.lt news portal was broken into in January to plant a fake news about Karoblis allegedly harassed Ridas Jasiulionis, a journalist at the Žinių Radijas radio station, and admitted being a gay. The message was accompanied by a letter with malware.

Emails containing malware were sent out after the Tv3.lt news website was hacked on Thursday evening...

Grybauskaitė and Skvernelis become a target of trolls: why were Mongolians insulted?

The Tv3.lt news website was hacked on Thursday evening to post a fake news story about Lithuanian...

Rima Urbonaitė. The struggle for freedom has not ended yet

Andrius Kubilius. On 13 January 1991, the front line was in Lithuania. Now it is in Ukraine