BNS
aA
A human chain called "The Freedom Way" was formed in Lithuania from Vilnius to Medininkai on Sunday in solidarity with Belarus' civil society fighting for democratic changes in the country. 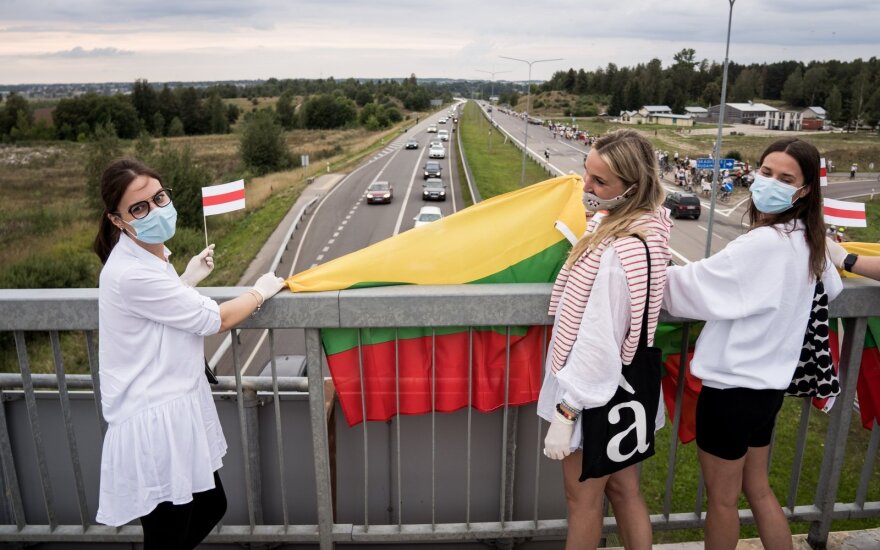 "Freedom is not only a fundamental human right but also a nation's fundamental right. It’s also a daily commitment to defend it from any attempt on it by those who would replace freedom with darkness, oppression ands fear. 30 years ago Lithuania broke its shackles of oppression by forming the Baltic Way with its Latvian and Estonian brothers and showing the world that we are free and, first of all, free in our spirit. Today, time has come for our Belarusian brothers to say the dear word "Freedom", Lithuanian President Gitanas Nauseda says.

Zivile Tiskeviciute, head of communication at Laisves TV that's behind the campaign, said some 50,000 people planned to join the Freedom Way on August 23, on the anniversary of the Baltic Way that took place in 1989 when over a million people formed a human chain spanning Lithuania, Latvia and Estonia to demand an end to the Soviet occupation of their countries.

Related articles
Lithuania's port and railways not yet affected by strikes in Belarus  (1)
Skvernelis: Klaipeda is best route for Belarusian exports  (1)

The Freedom Way stretched 32 kilometers from Cathedral Square in central Vilnius to Medininkai, a town close to the Belarusian border.

Also, an air balloon took off from Cathedral Square and took a 15-meter long Belarusian flag into the sky.

The Freedom Way was followed by a concert and TV marathon in the courtyard of Medininkai Castle and collected funds will be given to the BY Help organization that's been helping injured, detained and persecuted Belarusians and their families since 2017.

Meanwhile, the Lithuanian Catholic Church was inviting all people of good faith to join a Sunday prayer for the people of Belarus.