(4)
BNS
aA
More Lithuanians would prefer Joe Biden over Donald Trump as the next US president, an opinion poll commissioned by BNS has found. 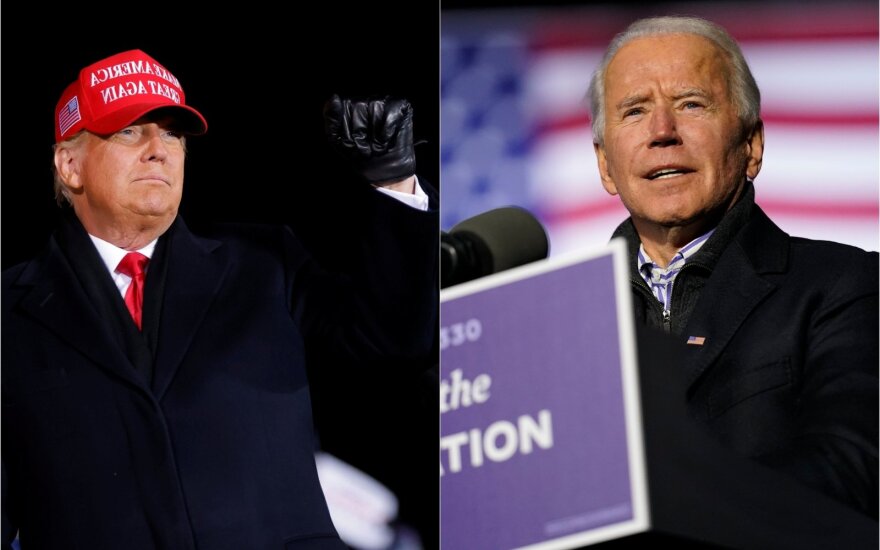 The pollster Vilmorus asked 1,000 people which of the candidates would be better for Lithuania. Some 32.5 percent favored Biden and 18.1 percent chose Trump. Almost half of the respondents had no opinion on the matter.

Linas Kojala, director of the Eastern Europe Studies Center, said the results reflected the prevailing trends in most European countries, attributing Europeans' negative attitude toward Trump to his controversial statements and widespread media criticism of him.

"Earlier surveys have also shown that Trump is a less favored leader in Lithuania than former US presidents, such as Barack Obama," Kojala told BNS.

"Biden is more predictable. He has visited Lithuania, too. So even if respondents don't delve into his specific political ideas, they apparently find his personality more attractive," he said.

Biden would use more moderate rhetoric and focus more on multinational institutions than Trump, according to Kojala.

Kestutis Girnius, associate professor at the Institute of International Relations and Political Science at Vilnius University, said that Lithuanians favor Biden over Trump because the Democratic candidate "promises to treat Russia more strictly, to support NATO more consistently and to pursue the traditional US policy towards the Baltic states".

The exact results of the poll are as follows:

The question: "The US is holding presidential elections on November 3. Which of the two main candidates do you think would be better for Lithuania?"

Vilmorus polled 1,001 people aged 18 years and over between October 9 and 18. In-home interviews were conducted in 27 cities and towns, and 44 villages.

Political scientists: Biden's victory would be more favorable to Lithuania (1)

Democratic candidate Joe Biden 's victory in the US presidential election would be more favorable...