BNS
aA
Lithuania's three presidential candidates leading opinion polls do not rule out that the state may compensate Jews who lived in Lithuania before World War Two for their lost private property. 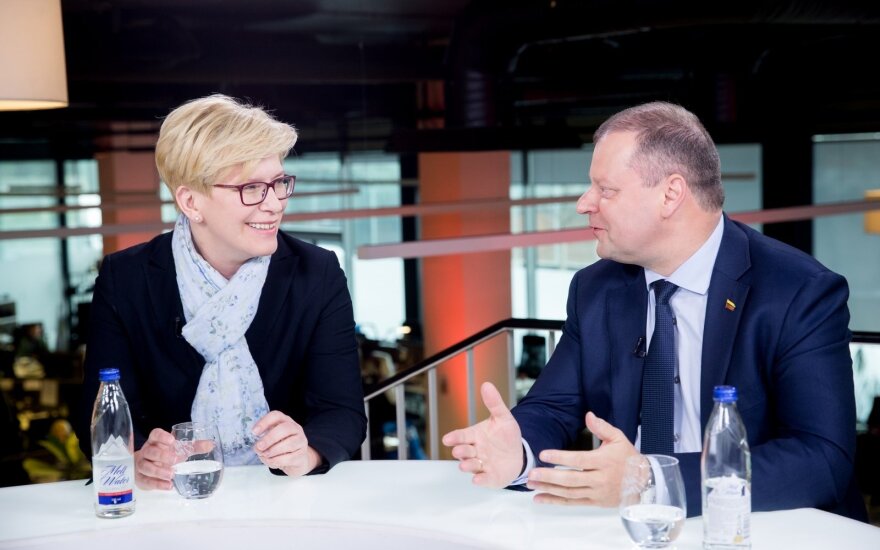 "There are certain moral debts that need to be discussed very sincerely. It would be difficult to speak, in the present circumstances, about the restitution of property in kind, but I think we can certainly discuss other decisions," MP Ingrida Simonyte, the conservative Homeland Union–Lithuanian Christian Democrats' candidate, said during a debate with her two opponents on Monday evening.

Prime Minister Saulius Skvernelis, the presidential candidate of the ruling Lithuanian Farmers and Greens Union (LFGU), said the restitution process in Lithuania is over from the point of view of law, but financial compensation for seized Jewish private property could be discussed.

"An attempt to resume the restitution process would have various consequences, (...) but we can always discuss," Skvernelis said.

"And I'd be inclined to discuss compensating, I emphasize, Holocaust survivors who are alive today, not their heirs perhaps, not their relatives, for their loss," he added.

Gitanas Nauseda, an economist standing as an independent in the May presidential election, said this is a moral duty to the Jewish people who "have lived together with us for centuries and have contributed a lot to the Lithuania economy, culture and other areas".

"I think this issue could not be unequivocally removed from the agenda. (...) There is no possibility to discuss the restitution of property in kind, but we could certainly talk about some kind of compensation in the financial sense of the word," he said.

Under a law passed in 2011, Lithuania committed itself to paying 37 million euros in compensation for Jewish religious communal property within a decade.

Around 90 percent of Lithuania's total pre-war Jewish population of some 208,000 were killed during the Nazi occupation between 1941 and 1944.

Yuli-Yoel Edelstein , the speaker of the Knesset , has honored the family of Ignacy and Katarzyna...

A preventive claim was filed in the District Court of Vilnius City to prevent reconstruction works on...