BNS
aA
The Lithuanian parliament's website cannot be reached by foreign users due to a cyber attack, the Seimas office said on Monday morning. 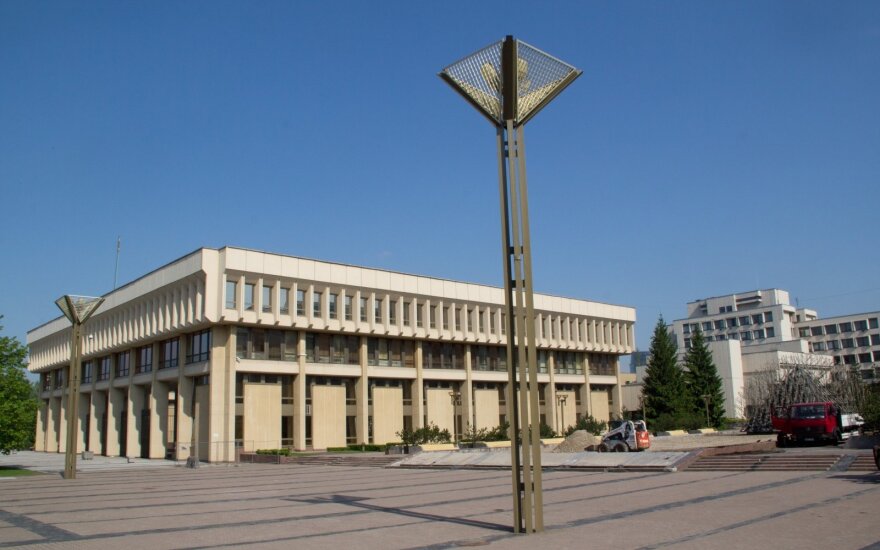 As a result, foreign users are not able to access live broadcast of an event by Crimean Tatars hosted at the parliament on Monday.

"The problems were reported over the weekend. The reaction was immediate, just as it should be in similar instances. Relevant services are currently working to establish whether it was an error or an attack," said Seimas speaker Loreta Graužinienė.

"This is a long-term attack. This is probably the first attack on such scale," she added.

The Seimas office confirmed to BNS that the website had been subjected to a DDOS attack, when the attack source is more than one, often thousands of, unique IP addresses, making the service unstable or, in worse cases, unavailable.

Officials of the Lithuanian parliament said the Seimas would notify foreign users about alternative channels of broadcast of the Monday's event. In Lithuania, the event will be broadcast as usual.

On Monday, the parliament is hosting a meeting of the executive committee of the World Congress of Crimean Tatars and an international conference on Mass Violations of Human Rights in the Occupied Crimea.

Rimtautas Černiauskas, the head of the National Cyber Security Centre under the Ministry of National Defence, told BNS that the situation was currently under control, with security measures applied.

"The Seimas website has been under the DDoS attack since 5 PM local time on Saturday, we managed it to the extent to satisfy specialists of the Seimas. We applied security measures to put the website back into operation, the measures are never perfect – they always hinder something else," Černiauskas said.

"The attacks come from around the world, if there was a statement to the police, we would start identifying the country. We are working to manage the incident," he added.

The parliamentary speaker said the Crimean Tatar event had not been identified as the target of the hacker attack.

"It is hard to say whether it has to do directly with the event. If it is connected to the event, it clearly shows efforts to keep the information from spreading worldwide, as the topic is highly relevant – the issues of Crimean Tatars, human rights violations, their lives in these territories are becoming inhumane, they live under inhumane conditions. These are focused international efforts, and someone may be unhappy about this," said Graužinienė.