BNS
aA
The Lithuanian parliament adopted on Tuesday a resolution calling for the non-recognition of Belarus' recent presidential election and sanctions against officials in the neighboring country. 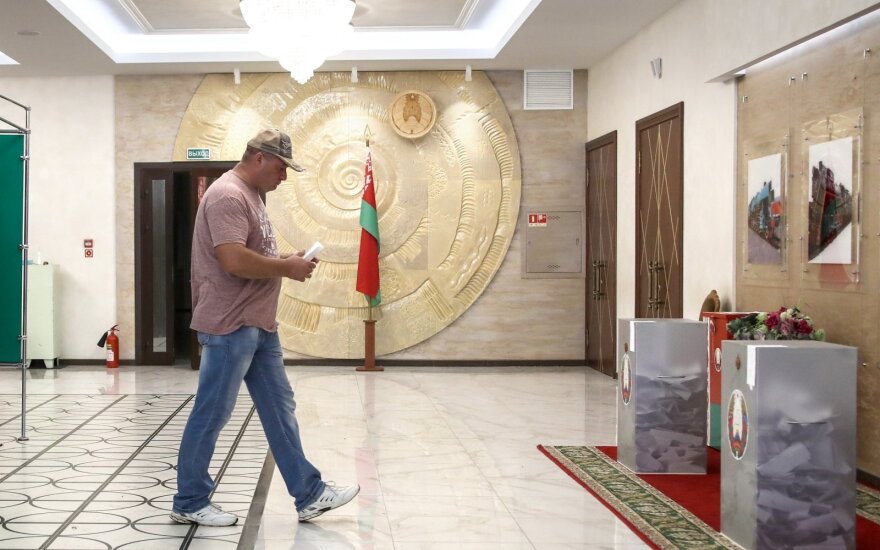 The resolution also urges Lithuania's leaders, the European Council, the European Commission, the European Parliament, and the national parliaments and governments of EU and NATO member countries not to recognize Alexander Lukashenko as Belarus' legitimate president.

The Seimas passed the document with 120 votes in favor, none against and two abstentions.

"We do not recognize the results of the August 9 election; we do not consider Alexander Lukashenko as a legitimate leader of Belarus; we demand new, transparent, democratic presidential and parliamentary elections; we offer a mediation mission; we call for individual sanctions against all of those who rigged the vote and all those responsible for human rights violations," conservative MP Zygimantas Pavilionis said while presenting the draft resolution during the parliament's extraordinary session.

Related articles
Conservatives move to blacklist Lukashenko, his sons and 36 other Belarusians
MEP Austrevicius blocked from travelling to Belarus

Under the resolution, sanctions should include an entry ban and the freezing of funds for those responsible for "violations of human rights and freedoms and other crimes".

The document also urges an end to the use of force against peaceful demonstrators, for the immediate release of "all the imprisoned members of the opposition and civil society", and for ensuring "the freedom of press, freedom of assembly, and other political and civil freedoms in Belarus".

The resolution calls for "active and direct support to Belarusian non-governmental organizations" and for holding an extraordinary meeting of the European Council to discuss the situation in Belarus, including an EU-wide embargo on electricity from the Astravyets nuclear power plant.

Belarus has been rocked by massive protests since August 9 when Alexander Lukashenko claimed a landslide victory in a presidential election that his opponents say was rigged.

Around 7,000 people have been detained in a brutal crackdown on demonstrators.

Lithuanian President Gitanas Nauseda plans to take part in the formation of a human chain from Vilnius...