Lithuanian freedom fighters in Russian propaganda: why does the Kremlin care?

Tomas Janckus
aA
Historical falsification, fact distortion, and tendentious interpretation are commonly employed as informational pressure tools to spread negative narratives among the neighboring states, to discourage citizens’ faith in their state, to weaken the will to resist the aggressor, to instill doubt about the country’s past, its historically important people. Below, Auksė Ūsienė, the senior specialist at the Strategic Communications department of the Lithuanian military explains why Lithuanian partisans often become targets of the Kremlin’s propaganda. 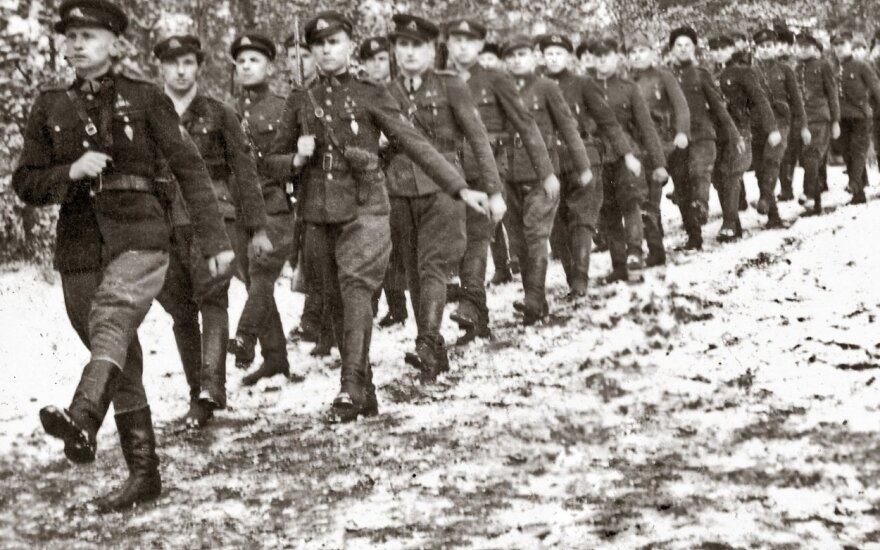 Partisans in the center of the Kremlin's propaganda

History is one of the main tools the current government of Russia uses to manipulate information. The Russian propaganda mechanism has become especially active after the Lithuanian Parliament announced 2018 as the year of Adolfas Ramanauskas-Vanagas, the general of the Lithuanian partisans who led the resistance against the USSR after the Second World War.

Related articles
Fraudsters online fish for data of citizens and companies alike: how to not get hooked?
5 essential rules for keeping your personal data safe on your phone

According to A. Ūsienė, Russian propaganda's focus on the subject of Lithuanian freedom fighters has clear goals.

"The Kremlin's propaganda media aim to portray the partisans as Nazi collaborators who actively participated in the extermination of the Jewish population. Also, there is an effort to depict the entire partisan movement as criminal, and there are repeated lies about how the main partisan leaders were Nazi criminals, Jew-killers, bandits who terrorized the local communities," explains the senior specialist at the StratCom department of the Lithuanian military.

This year, multiple statements by various Russian officials in the media declared that Lithuania, by deciding to honor Adolfas Ramanauskas-Vanagas, is trying to distort the history of the Second World War. Messages claiming that partisans have "the blood of innocent citizens on their hands" appear in the media, there are attempts to associate Vanagas with the KGB, with the Holocaust. Additionally, the facts about him being tortured at the hands of the Soviets are repeatedly denied – instead, the propaganda claims that multiple gruesome injuries Vanagas sustained was actually self-harm.

"Such steps aimed against the partisans are not accidental – they are intended to discredit our freedom fighters. First, the fact that partisans fought the USSR for over 10 years challenges the contemporary myth propagated by the Kremlin that Lithuania is supposedly an indefensible territory. Precisely for this reason, Russia reacted so harshly to the short movie about the Lithuanian partisans ("forest brothers") that NATO released last year. Second, the Kremlin seeks to justify the 1940 and the 1944 occupations of Lithuania. Obviously, the resistance and the occupation are closely related: if the occupation is illegal, the resistance is justified, and, vice versa, if the resistance is proven criminal, the occupation would seem justified. Aiming at the leaders of the partisan movement, then, is also deliberate: if discrediting them proves successful, the entire partisan war effort can be declared illegal," explains A. Ūsienė.

Some of the most common examples of historical narratives exploited by the Russian propaganda are listed below.

Lie 1: partisans murdered Jews. In Lithuania, just as in other European countries, the Holocaust was planned and organized by the Nazi regime. Some Lithuanian residents assisted the Nazis in their effort to eradicate Jewish residents, but they were not the partisans – the genocidal campaigns took place during the Nazi occupation and not during the guerrilla war against the Soviet occupants. Notably, many Lithuanian residents actually saved local Jewish people: the list of the Righteous Among the Nations includes nearly 900 Lithuanian. Judging by the share of those who helped the Jewish residents in the entire population of the country, Lithuania is the first among all European nations.

Lie 2: partisans murdered innocent countryside people. The Russian propaganda considers as civilian victims those, who, in the statute of the partisan military tribunal, were defined as the representatives of the Soviet administration. It is widely believed that during the guerrilla war, around 12 thousand Soviet collaborators and soldiers died. During the Soviet times, these numbers were artificially inflated. Of course, some innocent people also died during the period of partisan war. Some people who joined the partisans did so with ulterior motives: seeking to settle personal scores or trying to steal some of the partisans' resources. When such people were found out, they were tried and punished by the partisans themselves. Further, often KGB agents raided local communities while dressed as partisans to sow distrust towards the Lithuanian fighters in the countryside. Today, it is known that the Soviet security services also counted the victims of unrelated criminal activity as victims of the partisans.

Lie 3: partisans were bandits. The partisans had all the attributes of a newly-convened Lithuanian volunteer military – that is, the military structure and hierarchy, uniforms, clear identification signs, and openly carried weapons. Further, they had a clear and limited objective – to wage war with the aggressor, that is, the USSR. The broader political goal of the partisan warfare was to show the Western world that the Lithuanian Republic was illegally occupied by the Soviets and that it did not join the USSR on its own accord.

Lie 4: Russia attempted to put down a civil war in Lithuania. During the Soviet occupation, rumors about the supposed "civil war," "class conflict," and "futile resistance," as well as about the necessity to purge the "bourgeois nationalists" and "bandit gangs" were widely circulated. Contemporary scientific studies have denied all such narratives. The partisan documents of the era clearly identify the goal of the resistance as reestablishing an independent democratic republic of Lithuania. Against the Lithuanian fighters, the Soviets used both their conventional forces and groups of armed local supporters of the regime. This fits the pattern of all similar conflicts. The partisan war of 1944-1953 was new to Lithuania in terms of type, scale, and form – it was a war with a totalitarian regime, which aimed not only to occupy the territory, but also to seize the people's minds.

Password fishing or phishing, for short, is one of the most widespread tools cyber-criminals use to...

This summer, the ride-sharing company “Yandex. Taxi” started its activity in Lithuania and...

The recent money laundering story involving banks operating in the Baltic states has a negative impact...

Lithuania, Britain and several other EU member states have called on the European Union to expand...