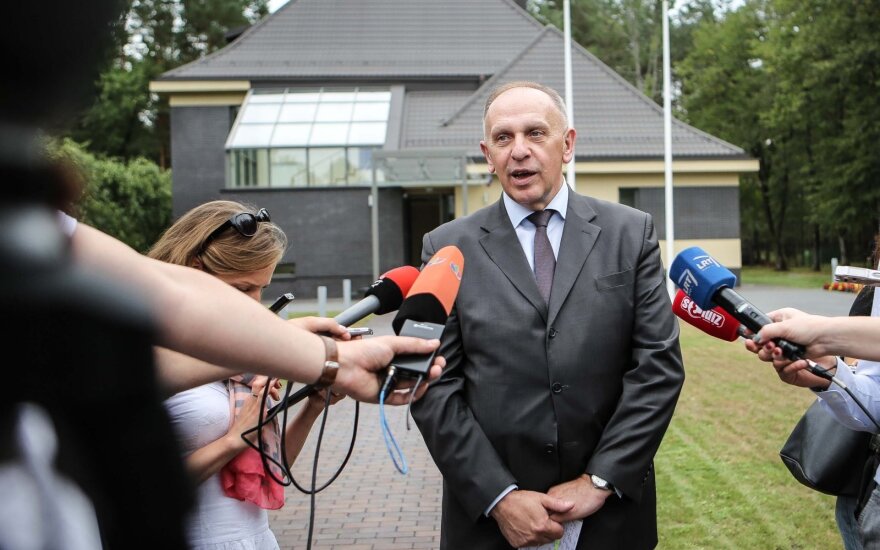 Representatives for the ministry say there are two reasons for the decision, including an ongoing pre-trial investigation in a visa case and also threats against the ambassador over the January 13 case.

"The ambassador is being summoned for consultation due to vulnerability following the threats the embassy, its staff and the ambassador received following the January 13 ruling," Rasa Jakilaitiene, spokeswoman for the minister of foreign affairs, told BNS Lithuania.

"Since the investigation in being carried out, and there's that status of a special witness, and since it has to do with Russia in some sense, so the ambassador might be vulnerable. (…) Perhaps he should not go to that country for some time," the minister said.

The status of a special witness means that a person is questioned about their actions but there are no grounds to bring charges against the person.

Sidlauskas is suspected to have agreed to influence people for Nasirov to get a Schengen visa, in exchange for a bribe.

Earlier speaking with BNS Lithuania, Motuzas confirmed that Nasirov and his son were issued Schengen visas in late March in response to an invitation letter sent by Sidlauskas.

The ambassador claimed that Sidlauskas called him in late March in inquired if his letter had been received.

"Vulnerable" Lithuanian Ambassador to Russia Motuzas has no plans to resign

Lithuania's Prosecutor General's Office said on Tuesday it had handed over to court the case of the...