(1)
BNS
aA
Experts from the Lithuanian Air Force have started testing the NASAMS medium-range air-defense system manufactured for Lithuania at the Kongsberg factory in Norway, the Defense Ministry said. 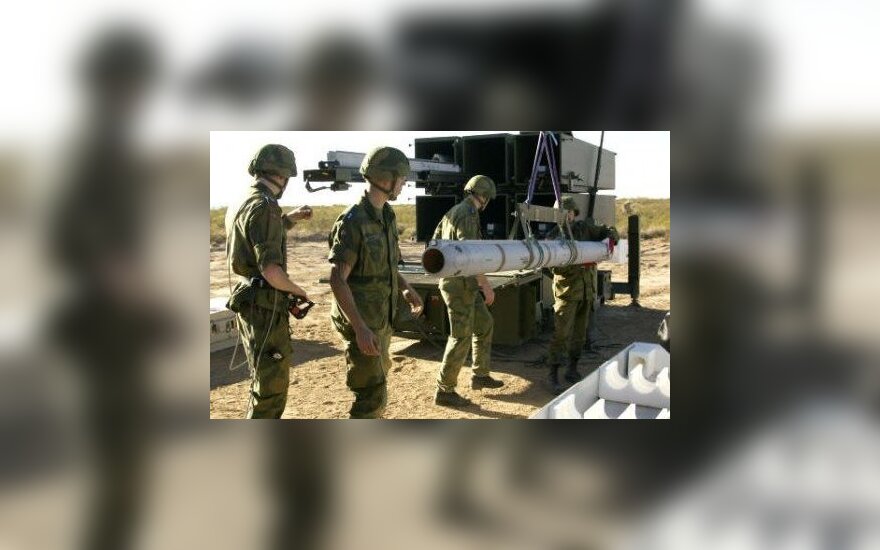 "Components of the weaponry system produced specifically for the Lithuanian Air Force will be first tested at the factor and then put to field trials when the air defense systems are brought to Lithuania," it said in a press release.

"The trials will assess technical and tactical conformity of NASAMS components to the determined weaponry specification," it said, adding that "the tests will run until February 2020".

The NASAMS system is expected to be delivered to Lithuania by the end of next year.

"Once the systems are delivered, specialist operator training will begin at the Lithuanian Air Force Air Defense Battalion," according to the ministry.

Lithuania is purchasing the mid-range air defense system under a 110-million-euro contract that the Defense Ministry signed with Norway's Kongsberg on October 26, 2017.

The contract covers "equipment for two air defense batteries and logistical maintenance package, as well as training for operators and maintenance personnel of the system", the ministry said.

"Upon the completion of the project, Lithuania will have acquired a complete and integrated medium range air defense capability," it said.

"The system procured by Lithuania is new, except for the launchers that are pre-used by the Norwegian Armed Forces and currently upgraded to manufacturer’s parameters," according to the press release.

"All the equipment is planned to be fully delivered to Lithuania, personnel trained, and all the components integrated into a system capable of completing air defense tasks: monitor and control air space, issue warning to ground-based units about air threats, and to destroy targets if necessary."

The three Baltic states should reopen the discussions of purchasing weaponry together, says...

Lithuania expects to achieve by mid-2018 a breakthrough in NATO talks on the Baltic Sea region's air...

After Lithuania's Armed Forces and Norway 's Kongsberg signed a contract on acquisition of...