BNS
aA
Iraqi migrants who have not been granted asylum in Lithuania are being convinced to voluntarily return to their country of origin, Lithuanian Interior Minister Agne Bilotaite says, adding that negotiations are underway with Iraq for the country to accept not only those voluntarily returning home but also all of its citizens. 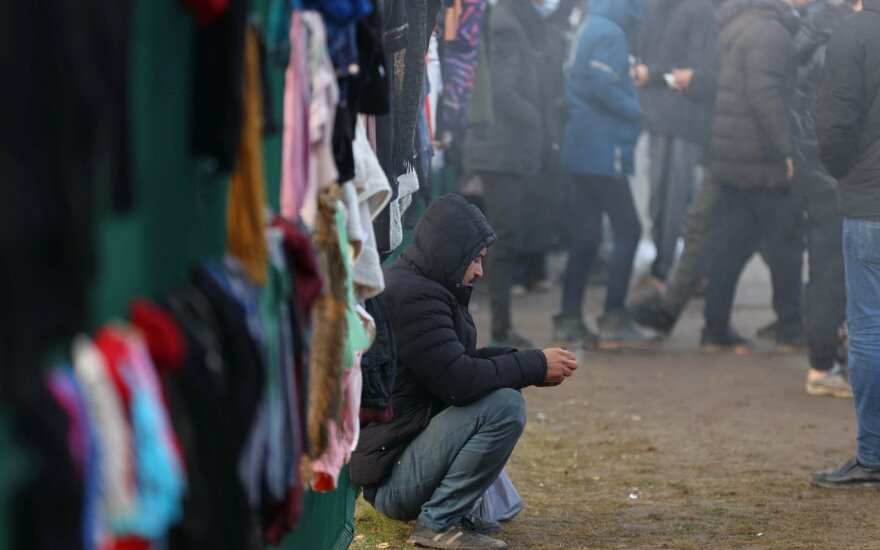 "Iraq is the country that only accepts those willing to return, and all institutions are now working really hard to convince those people who do not have the refugee status to return home, that there are no opportunities here and that they should do that voluntarily, and the issue will be raised at the top European level," the minister told journalists at the parliament on Thursday.

Some 40 illegal migrants in Lithuania have already received the final court rulings not to grant them asylum and they need to be sent to their countries of origin. The Interior Ministry says, however, there's currently no way to do that as the majority of those persons are Iraqis and they do not want to leave and Iraq accepts only those returning voluntarily.

Speaking about the existing situation, Prime Minister Ingrida Simonyte says "it’s a tough question but that does not mean it is some end of the story".

"Perhaps we will convince them to go back. Perhaps we will reach some agreement within the government, that process is long. I wouldn’t say this news is some final point. We only know that they have not been granted asylum and they have not yet expressed their wish to voluntarily go back," the prime minister told journalists at the parliament.

The interior minister also says the Migration Department still has some 200 asylum requests to process. Out of the processed requests so far, asylum has been granted to around ten people, and another around 26 people, mostly Afghanistan citizens, have been granted permission to live in Lithuania on humanitarian grounds.

The Interior Ministry said on Tuesday over 320 migrants have left Lithuania or had been deported, and almost 80 had expressed their wish to leave voluntarily. A total of 3,161 asylum requests have been received so far, and 2,835 have been processed.

Lithuania has turned 70 migrants away over the past 24 hours and has allowed Belarusian citizens...

Border guards turn away 106 migrants on border with Belarus

Lithuanian border guards on Thursday turned away 106 migrants attempting to cross into the country...