BNS
aA
The Lithuanian State Defense Council confirmed on Monday that the country will send a Spartan military transport aircraft to a French-led mission in Mali. 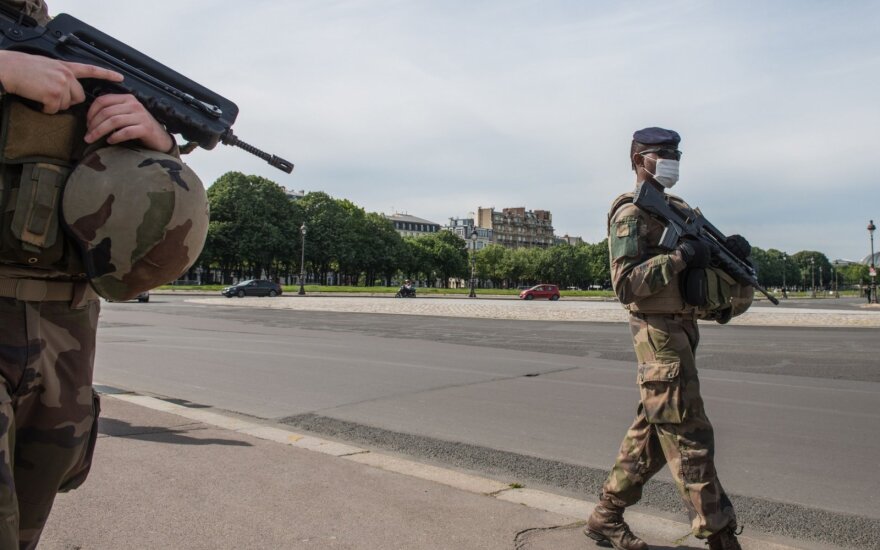 "We have taken France's need and requests into the account, and this operation has been mandated," National Defense Minister Arvydas Anusauskas told a press conference after the meeting of the president-chaired council.

"Our contribution to it will depend on the situation in the region and specifically in Mali, and also on the involvement of France and allies into this mission in the future," he added.

By taking part in the Takuba operation, Lithuanian troops would help the international force to suppress the Islamist insurgency that broke out in 2012.

In line with France's request for logistical support, Lithuania is planning to send a Spartan transport aircraft with a support team of some 12 pilots and logisticians, according to Anusauskas.

The aircraft would be deployed in Niger and would carry out tasks in Mali, he said, adding that it would be "strong, significant, albeit rather costly support".

Laurynas Kasciunas, chairman of the parliamentary Committee on National Security and Defense, said that lawmakers would be asked to mandate the deployment of up to 30 Lithuanian troops to Operation Takuba in 2022-2023.

"That is involvement in the fight against jihadists," he said, adding that Lithuania's participation in the operation would show that it "is not only a security importer but also a security exporter".

Currently, around 50 Lithuanian troops participate in two military missions in Mali and one mission in the Central African Republic.

The minister said that this will require extending the existing mandate for the deployment of up to 40 troops to the US-led coalition's Operation Inherent Resolve, rather than a new mandate.

He provided no details about the number of troops to be deployed to Iraq, citing the sensitivity of the information as the reason.

The Lithuanian parliament is expected to approve the 2022-2023 mandate for troops' participation in international operations during its fall session.

French President Emmanuel Macron has asked Lithuania to contribute to a military mission in Mali.

Sources: French President Macron to come to Lithuania this month

Six European countries on Wednesday plan to sign an agreement on the creation of the Lithuanian-led...