Lithuania to provide humanitarian aid, scholarships to Belarusians, to invite IT firms

...
BNS
aA
The Lithuanian government on Wednesday formally approved a plan to support victims of repression by the Minsk regime and other Belarusian people, with its details yet to be finalized. 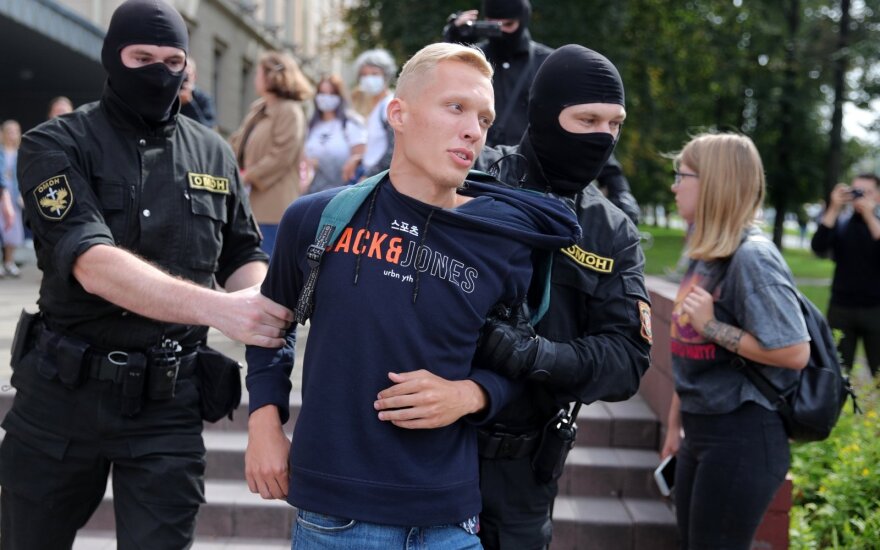 The plan calls for establishing scholarships for Belarusian students, inviting IT firms and professionals to Lithuania, and facilitating the issuance of national visas to Belarusian citizens.

Foreign Minister Linas Linkevicius, who presented the support plant during the Cabinet's meeting, said that up to 100,000 euros will be provided from the government's reserve to the Health Ministry that will use the money for humanitarian aid purposes.

"(The money) will most probably be used for medical treatment," he said.

The Cabinet gave each minister a week to look at how their ministries could contribute financially to various measures as part of the plan.

It is also proposed to allocate money from the Education Ministry's funds to offer 100 state scholarships for Belarusian students for studies in Lithuanian higher education institutions.

The Foreign Ministry suggests naming the scholarship scheme after Konstantinas Kalinauskas, leader of national revival in Poland, Lithuania and Belarus and one of the commanders of the 1863–1864 uprising against Tsarist Russia, Linkevicius said.

Separate funding will be provided to the European Humanities University (EHU), a Belarusian university in exile in Vilnius, by the end of this year.

"We are planning to allocate 200,000 euros for this purpose," Linkevicius said.

A special fund will be set up in the future to administer and distribute the support, he said.

The foreign minister confirmed that the government is looking to simplify the issuance of visas to Belarusian citizens.

Conditions for starting a business to be eased

Economy and Innovation Minister Rimantas Sinkevicius says 21 Belarusian IT businesses have informed his ministry that they are interested in working in Lithuania.

About a half of these are large companies that could set up their head offices in Lithuania, rather than in other Eastern European countries, such as Ukraine, but face difficulties because banks refuse to open accounts for them, a necessary condition for registering a business in Lithuania, citing the Law on the Prevention of Money Laundering as the reason.

"I think legal amendments should be drafted to allow foreign legal entities to open accounts in Lithuanian banks," he said.

Interior Minister Rita Tamasuniene says the authorities are working on measures to make it easier for Belarusians to arrive and work in Lithuania, such as simplifying the conditions for issuing national visas, lifting certain qualification requirements and allowing applying for visas remotely.

'Some polishing up' still needed

The Cabinet formally endorsed the plan for support to Belarusian people, but it "still needs some polishing up", Prime Minister Saulius Skvernelis said.

"I can't give you the total amount yet, but decisions were made on financial support for the EHU, scholarships for 100 students, and treatment and rehabilitation services to repression victims, and for legal assistance," Skvernelis told a news conference.

"Decisions were also made to look for possibilities to make Lithuania the best place for Belarusian high-tech businesses that have decided to leave Belarus," he said.

The Board of the Lithuanian Seimas has on Wednesday established a delegation of Lithuanian lawmakers...

Belarus: Baltic countries' statements matter 'less and less' to it

Statements by Lithuania , Latvia and Estonia "matter less and less" to Belarus , the Belarusian...

Lithuania has issued permits to come to the country to almost 80 Belarusian fleeing Minsk 's...

Lithuanian and EU diplomats arrive to protect Alexievich from detention

Diplomats from Lithuania and other EU member states have on Wednesday arrived in Nobel Literature...