...
BNS
aA
Irregular migrants currently living in tents at the Rudninkai military training area will be moved to the Kybartai correctional facility, which is slated for closure, during the cold season, the Interior Ministry said on Friday. 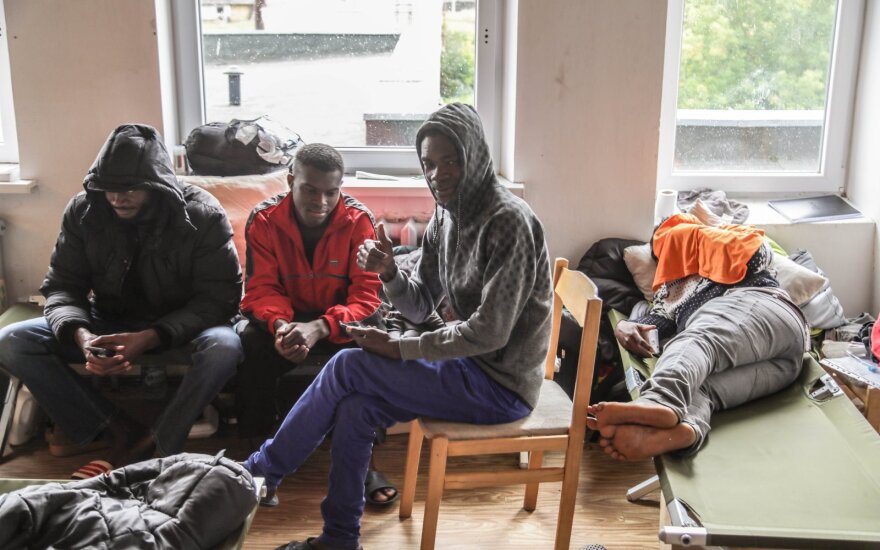 "As the weather gets colder and the winter season approaches, quick solutions are needed to save people from cold and cold-related diseases," Deputy Interior Minister Vitalij Dmitrijev said in a press release.

"We have found them [solutions]: migrants housed in the Rudninkai camp will be taken care of first because the conditions there are probably the worst of all temporary migrant centers set up in Lithuania," the vice-minister said. "We will also provide warmer accommodation for children and women."

"In the cold season, we will provide adequate accommodation for foreigners who have crossed the state border illegally until their asylum applications are processed," he added.

Heating, electricity, Internet connection, water, hot food, and a first-aid post are available in the correctional facility in Kybartai, in southwestern Lithuania, according to the ministry.

It also has leisure facilities such as a library, a craft center, a gym, a football stadium and basketball courts.

Inmates to be moved out

The Kybartai Correctional Home was to be transferred to the centralized public property management company Turto Bankas under a reorganization plan prepared by the Justice Ministry, the Interior Ministry said.

"As planned, the inmates living there will be transferred to the nearest correctional facilities [...] to serve their sentences," it said in the press release.

The ministry added that the protection of migrants will be carried out in accordance with the Law on the Legal Status of Aliens.

Once the migrants have been moved from Rudninkai, in southeastern Lithuania, modular housing units will be set up in the camp.

Also, efforts are currently underway to put in place all the infrastructure needed to accommodate migrants on the grounds of a border guard school in Medininkai, a village on Lithuania's border with Belarus.

Some migrants have already been moved from border stations and other temporary accommodation places to modular housing units in Medininkai.

The Medininkai camp currently houses 350 migrants, mostly from the most vulnerable social groups. The modular housing units can accommodate families of up to four people.

The ministry expects all migrants to be moved from border stations and other temporary accommodation facilities to modular housing units by the end of September.

Dunja Mijatovic, the Council of Europe Commissioner for Human Rights, has called on Lithuania to...

Eight irregular migrants have returned from Lithuania to their home countries so far, and about thirty...

Landsbergis calls for 27+1 format in EU's relations with China