...
BNS
aA
Lithuania plans to limit the number of places were migrants' asylum requests are accepted under an extreme situation. 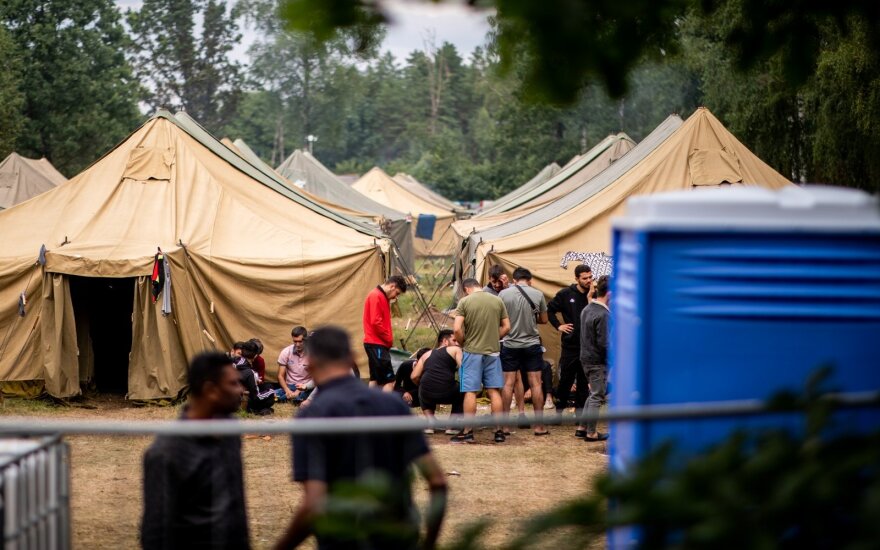 Under the proposed amendments to the Law on the Legal Status of Aliens, in case of the declaration of war, an emergency or extreme situation due to mass influx of foreigners, asylum requests can be submitted to the State Border Guard Service at border checkpoints or transit zones upon legal arrival to Lithuania, as well as to the Migration Department or Lithuania's diplomatic representations or consular establishments in foreign countries.

The bill also states that foreigners' asylum requests lodged in violation of the aforementioned procedure will not be accepted. The rules of submitting requests should be explained to foreigners.

Exemptions would apply to foreigners attributed to vulnerable groups or once individual circumstances are taken into account.

Lithuania's Interior Ministry says it's putting such amendments forwards in response to the recent influx of illegal migrants, adding that non-democratic regimes are now abusing the existing asylum procedures and promote illegal migration processes. And the existing situation is not likely to be a one-off or short-term problem.

Under the existing law, asylum requests are just accepted in Lithuania's territory.

The government backed the bill on Friday and the parliament is set to consider it during an extraordinary session next week under a fast-track procedure.

In reality, the new rules are already being applied under Interior Minister Agne Bilotaie's order signed last week. Under the order, persons who crossed the Lithuanian border in non-authorized places are not allowed into the country's territory and are directed to the nearest operating international border checkpoint or Lithuania's diplomatic representation.

Over 4,000 irregular migrants – mostly Iraqi citizens – have walked into Lithuania from Belarus illegally so far this year. Lithuania has a state-level extreme situation declared over the migration influx which it says is being orchestrated by the Belarusian regime.

Lithuania also introduced migrants push-backs, which has considerable reduced the inflow of migrants.

Iraqi Airways suspends flights to Minsk for a week

Iraqi Airways said on Thursday evening that it was suspending flights to Minsk for a week.

Lithuania will use its own funds to build a border fence to stem the flow of irregular migrants via...

Lithuanian border guards have told that 150 people who were trying to enter Lithuania from Belarus in...

300 euros to be offered to migrants willing to go home

Lithuania will pay 300 euros to migrants willing to return to their country of origin, the country's...

The humanitarian corridor for people fleeing Belarus from the regime's persecution will remain in...