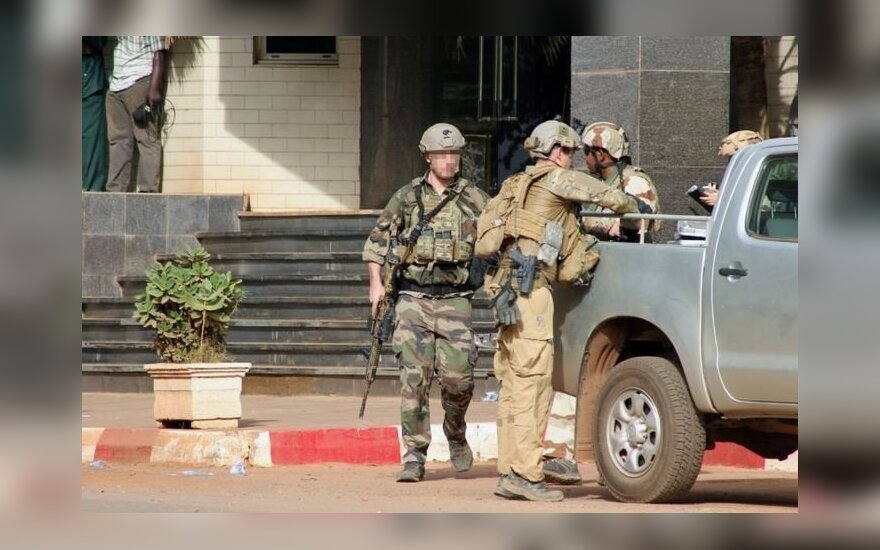 Several years ago, Lithuania sent military instructors to Iraq where they trained local forces to fight against the Islamic State. Politicians in Lithuania have lately been discussing possibilities to send special operations troops to fight jihadists in Syria.

But such considerations were halted by Turkey's incursion into the Kurdish-populated northern part of Syria and Russia's inclusion into ceasefire agreements, National Defense Minister Raimundas Karoblis told lawmakers on Thursday.

"Taking into account Turkey's ongoing operation and Russia's inclusion and relative instability, there are no conditions for Lithuanian troops to take part in the international operation," the minister said. "But the IS has not gone anywhere. There are growing challenges in Iraq, related to fighting the IS specifically (…) and in general there are unresolved problems in the Middle East."

"This is why we are proposing to include a political signal in this mandate and also a specific outlook that if our participation was necessary not only in Iraq, we will do that," Karoblis said.

In his words, Lithuanian troops would be sent to other operation in the Middle East areas upon coordination with the government and parliament.

Just as under the existing mandate, Lithuania would be able to send up to 40 troops to the US-led operation Inherent Resolve.

Under the proposed draft Seimas resolution, up to 303 Lithuanian troops could be sent to military missions over the next two years, compared to 255 troops under the existing mandate in force from 2017 until the end of this year.

The bill also states that Lithuania could send up to five troops to the Strait of Hormuz for the first time to contribute to the ongoing international operation to ensure the safety of shipping to Persian Gulf countries amid tensions between Iran and the United States.

The bill would also allow increasing the number of troops to be sent to Afghanistan and Africa, including Mali and the Central African Republic.

"As you know, Lithuania is mainly a receiver of security guarantees but we should also contribute to the functions of ensuring peace and regional stability with our allies," Karoblis said.

The bill on sending troops to missions will be adopted in the Lithuanian Seimas later following his presentation stage on Thursday.

Erdogan tests his bond with Putin In Armenia-Azerbaijan conflict

If Vladimir Putin made one thing clear over the years, it’s that no power but Russia—not the U.S.,...