BNS
aA
As Lithuania has been forced to discard over 14,000 coronavirus vaccines due to their expiry, the country's Health Ministry says the country would have not been able to donate them to other countries, for example, Eastern Partnership countries. 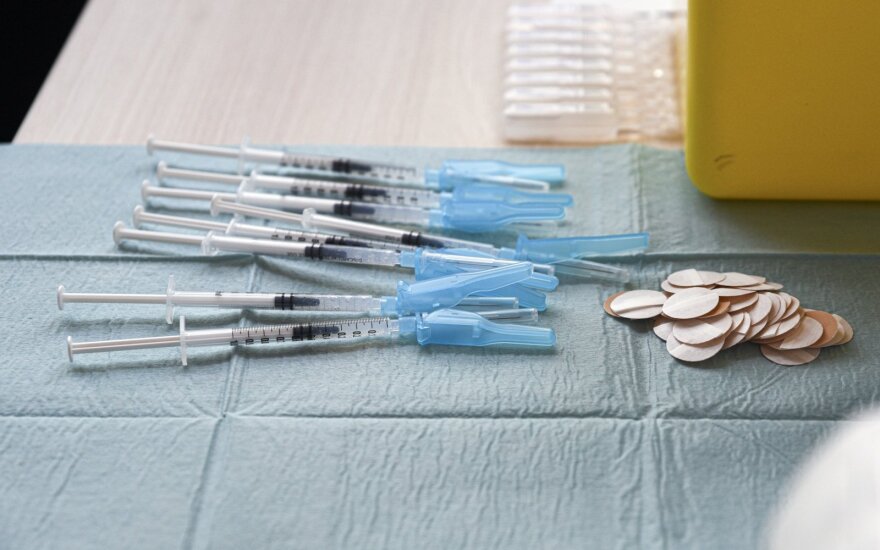 "Those vaccines that are already in possession of healthcare institutions, they cannot be taken, and those receiving countries would not be able to accept them," Anzelika Oraite of the Health Ministry told BNS.

Her comment came in response to Lithuania's preparations to donate coronavirus vaccines to Eastern Partnership countries and Taiwan.

In her words, only institutions having a wholesale distribution license, like Lithuania's Health Emergency Situations Center, or producers selling their own vaccines can export them.

"A legal vaccine way must be ensured, the medication's wholesale distribution," the representative for the Health Ministry said.

Related articles
Vilnius to close biggest vaccination center amid drop in COVID-19 vaccinations  (1)
Simonyte: if situation worsens, many activities will be linked to natl certificate

Oraite says that as some vaccines are nearing expiry, attempts are being made to redistribute them within the country and to hand them over to institutions where they can be realistically used. The problem is that information about vaccines set to expire comes in late.

Two contracts are needed for vaccines to be handed over to a third country. These include bilateral agreements between countries and a trilateral agreement with the producer. Draft agreements must be reviewed by countries' responsible institutions and their governments need to receive mandates. Then the European Commission needs to be informed and the producer's permission to hand vaccines over must be received.

"Realistically, it takes up to two months from the signing to the delivery," Oraite said, adding that the producer and the EC's approval is needed so that they know where vaccines go to.

"Lithuania did not buy vaccines, they were bought by the European Commission on behalf of member states. Therefore, every step related to the resale or donation of vaccines is monitored," the representatives of the Health Ministry said.

In her words, the European Commission has agreed on the donation of vaccines with only one producer, AstraZeneca. It means that only vaccines produced by this company can be donated. Otherwise, countries would breach the existing contracts with vaccine producers.

The Health Ministry has also turned to the European Commission over the possibility to donate Pfizer vaccines but the EC is still negotiating donation conditions with the company, which is expected to be completed as soon as possible but specific dates are not disclosed.

Lithuania plans to donate 200,000 vaccines to Eastern Partnership countries. 100,000 vaccines would be given to Ukraine, Moldova would receive 11,000 dozes, and 15,000 would be delivered to Georgia.

The biggest vaccination center in Vilnius at the LITEXPO exhibition center will be closed as of August...

Simonyte: if situation worsens, many activities will be linked to natl certificate

If the epidemiological situation in Lithuania worsens, many activities will be possible only for...

On Tuesday, 176 new COVID-19 cases were recorded in Lithuania. In total, the country has already...

On Wednesday, 193 new COVID=19 cases were detected in Lithuania. Since the beginning of the pandemic,...