BNS
aA
Lithuania has gone up by six notches to the 30th place in the annual global Press Freedom Index but optimism is lightly overshadowed by the fight over the public broadcaster's management reform and the government's certain actions, Reporters Without Borders says. 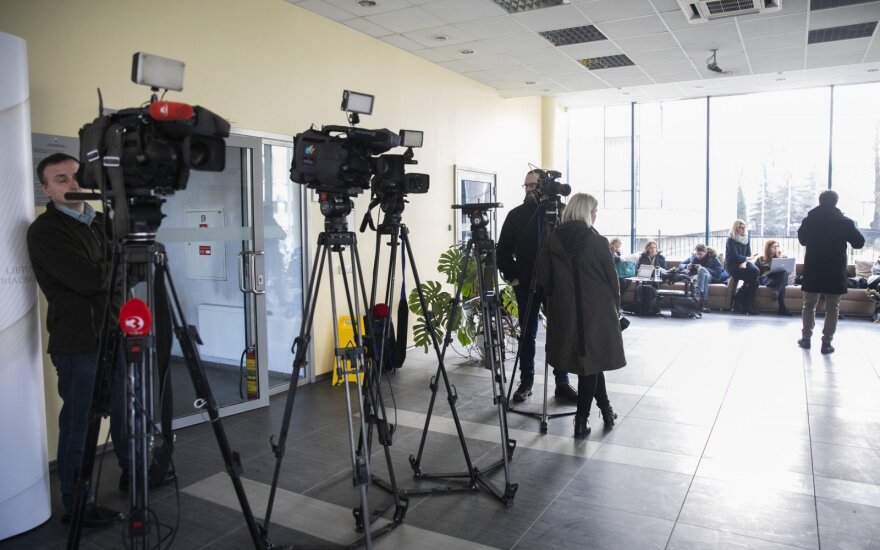 All in all, 180 countries were evaluated during the survey.

The report states that journalists in Lithuania "are slowly freeing themselves after years of oppression by local media moguls."

But some experts have doubts about this statement.

Deimantas Jastramskis, an associate professor at Vilnius University, says he has no evidence that media outlets have recently seen any change in their ownership, which can substantiate the claim that they have become more independent.

In his words, the situation remains complicated in the regions were the media is often funded by people linked to politics.

"Being interested in this sphere, I have no data to prove such a statement (by Reporters Without Borders – BNS Lithuania), he told BNS Lithuania. „Separate regional municipalities in fact could be compared to third-world countries in terms of press freedom," he aded.

"We have always had an audience that needed that but there was no supply. In this case, everything depends on the initiative of very specific people, and that supply has been created as leaders of media companies thought that it is necessary," Jastramskis said.

In its report, Reporters Without Borders also underlined that "recently, however, press freedom has fallen victim to government initiatives" in Lithuania. For example, the organization pointed to the political decision to restrict access for the media to public registry data.

The organization also paid attention to the ruling majority and opposition's fight over the public broadcaster LRT's management reform.

Neighboring Latvia comes in 24th in the index, Estonia is 11th and Poland is 59th. Belarus is in the 153rd position out of 180 countries, and Russia is 149th.

Norway, Finland, Sweden, the Netherlands and Denmark top the index, and Vietnam, China, Eritrea, North Korea and Turkmenistan are at the bottom.

Reporters Without Borders also warns that journalists in European and a major part of the world are facing an increase in hostility.

"The number of countries regarded as safe, where journalists can work in complete security, continues to decline, while authoritarian regimes continue to tighten their grip on the media," it underlined.

Words after which an international scandal is predicted for Lithuania

According to the latest Gallup Global Emotions research, Lithuania is one on the list of 10...

The daily Lietuvos Zinios , one of the oldest newspapers in Lithuania, appeared on newsstands for...

The Lithuanian news website 15min.lt said on Wednesday it had handed over to law enforcement...

The Constitutional Court 's ruling on the Seimas' investigative commission on the Lithuanian Radio...