...
BNS
aA
Lithuania marks the 29th anniversary of Soviet aggression and the memory of killed freedom defenders on Monday. 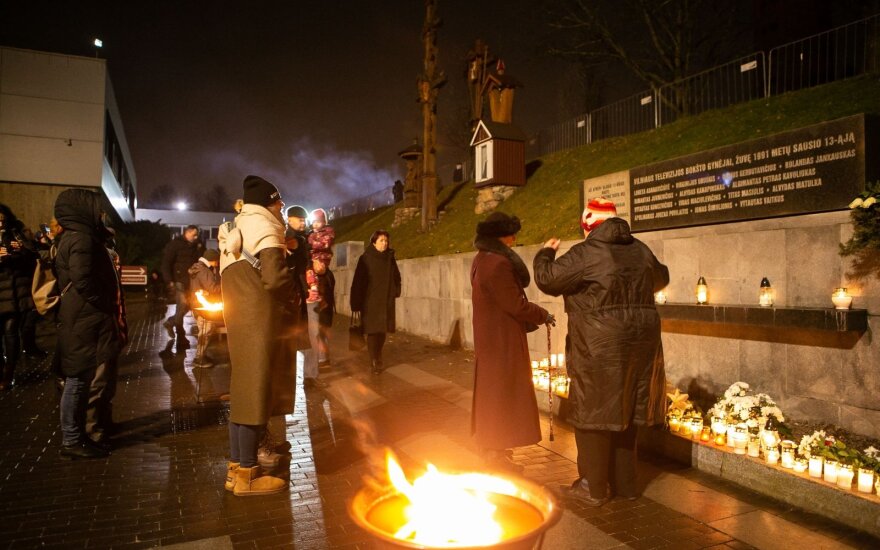 Candles were lit at schools, institutions and organizations across Lithuania at 8 a.m., symbolizing the memory, unity and victory against the Soviet aggressor.

The Seimas of Lithuania will hold a solemn sitting on this occasion and the annual Freedom Prize will be bestowed upon Albinas Kentra-Ausra, a partisan, chronicler of the Lithuanian Atgimimas (Revival) movement.

The memory of those killed will be also honored at Antakalnis Cemetery in the afternoon.

Fourteen civilians were killed and hundreds more were wounded when the Soviet troops stormed the TV Tower and the Radio and Television Committee building in Vilnius in the early hours of Jan. 13, 1991.

The Soviet Union used military force to overthrow the legitimate government of Lithuania, which declared independence on March 11, 1990.

Vilnius is hosting on Saturday a traditional run to pay tribute to the victims of the Soviet army...

Lithuania marks on Sunday the 28th anniversary of restoration of independence and the 100th birth...