...
BNS
aA
It's difficult yet for Lithuania to fully understand the meaning of Pope Francis' visit, and the Holy Father should leave Lithuania having become its friend, Lithuania's first post-independence leader Vytautas Landsbergis says. 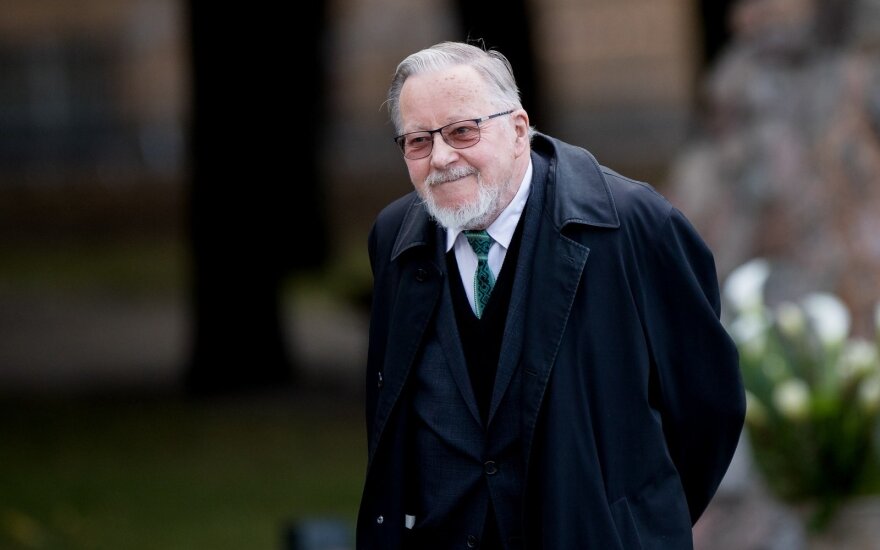 "We've had and have the universal shepherd, but I do believe that know we also have a friend who's met these people, this country and let it into his heart," Landsbergis told journalists outside the Museum of Occupations and Freedom Fights in Vilnius after a meeting with the pope.

In his opinion, one should pay attention to what places the pontiff visited while being in Lithuania.

"The whole event is made of many things. The whole of it is like a prayer, like a message. We are trying to understand and are far from understanding what is happening and what has happened," Landsbergis said. "The vicar of Christ came to see us, authorized to spend time with us. And what he says in general, what he means, and the fact that he came to Lithuania and what he's visiting in Lithuania, visiting the most sensitive places, the most painful places our nation has experienced, he wants to be there. It's not part of the protocol, he chose to do that, he wants to see it personally. He could have read something, he has read, but he now knows, and I think it’s a very deep thing and very important for Lithuania," Landsbergis said.

Pope Francis visited Vilnius and Kaunas on Saturday and Sunday. He met with Lithuanian President Dalia Grybauskaitė, prayed at the Gate of Dawn chapel in Vilnius, met with young people in the Cathedral Square in central Vilnius. He also celebrated the Holy Mass in Kaunas on Sunday and met with representatives of the clergy, and later honored the memory of victims of the Nazi and Soviet regimes in Vilnius on Sunday afternoon.

The papal visit to Lithuania formally ends on Sunday evening. The Holy Father will visit Latvia and Estonia on Monday and Tuesday.

Pope Francis on Sunday called on the faithful in Lithuania to care for socially vulnerable groups...

Over 100,000 people gather for papal Holy Mass in Lithuania's Kaunas

Over 100,000 worshipers have gathered on Sunday morning in Lithuania's second-largest city of Kaunas...

Pope Francis , who arrived in Vilnius on Saturday, called on Lithuanians to be open and compassionate...

Pope Francis has landed in Lithuania on Saturday at the start of his four-day Baltic tour during...