BNS
aA
The Lithuanian Defense Ministry expects that some of the troops that the United States plans to withdraw from Germany will stay in Europe. 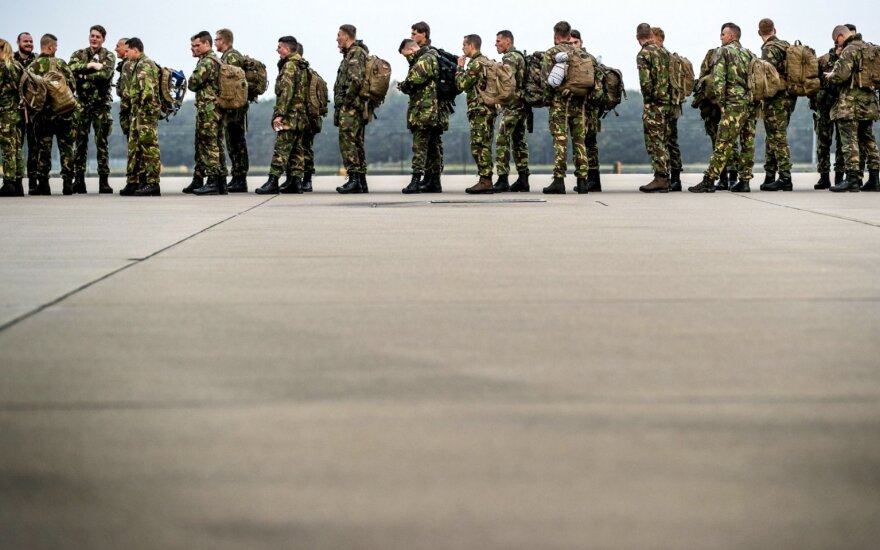 "The United States of America independently takes decisions on the number and movement of its military personnel in Europe," the ministry told BNS when asked to comment on Washington's plans to withdraw thousands of American troops stationed in Germany.

"The movement of troops is constantly taking place in Europe; therefore, Lithuania has no reason to think that the announced reduction of the number of military personnel in Germany means a decreasing US commitment to European security," it said.

"We also hope that not all of the military personnel relocated from Germany will leave Europe," the ministry said, adding that "there have been no bilateral consultations with the Pentagon's representatives on these issues."

"Lithuania remains confident about a continuation of US commitments to European security and of the strong transatlantic connection," according to the comment.

"We highly value military cooperation with the United States, joint exercises, joint participation in operations and missions, and our friendship with the Pennsylvania National Guard," the ministry said.

A US battalion that was deployed to Lithuania in October 2019 and left the country on May 29 gave "a very positive assessment of the existing infrastructure and the support provided by Lithuania as the host nation", it said.

The Wall Street Journal reported last Friday that US President Donald Trump had ordered the Pentagon to cut the number of military personnel in Germany by 9,500, from the current 34,500.

Lithuania is easing military training restrictions as the coronavirus situation in the country is...

An attempt to publish a fake report about the presence of US troops in Lithuania was thwarted by...

The Lithuanian Defense Ministry proposes to introduce the " official use " label for sensitive...

Lithuania and Germany to sign agreement on temporary presence of troops

As enhancement of defence cooperation between Lithuania and Germany continues, Agreement between the...

The possible deployment of more US troops to Poland will serve the security interests of the entire...

On Thursday Lithuanian Foreign Ministry released an official statement of Baltic countries and the US...