Lithuania and Germany to sign agreement on temporary presence of troops 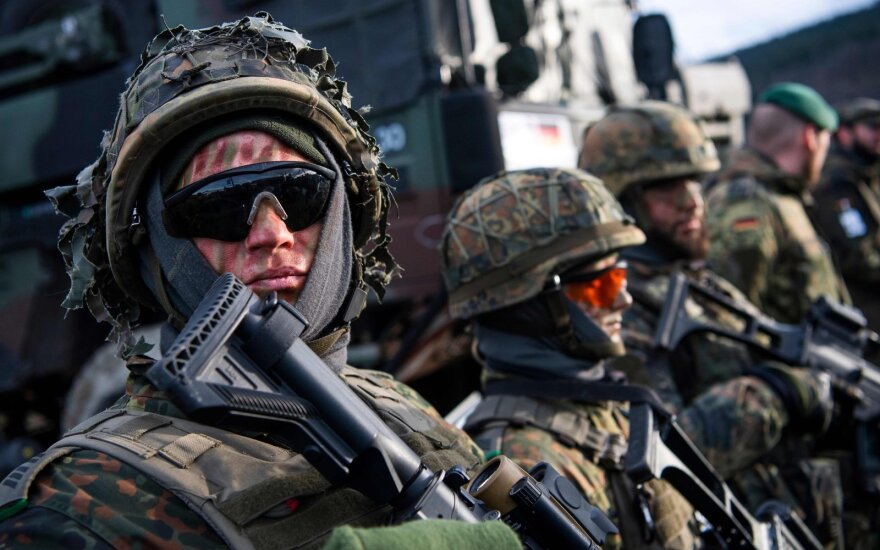 The document will be signed by Vice Minister of National Defence Vytautas Umbrasas on behalf of the Lithuanian Government and Ambassador of Germany to Lithuania HE Matthias P. Sonn on behalf of the Federal Government. Lithuania had a status of forces agreement of such level only with the United States of America so far.

“Germany is the key ally and support of the stability and security of Europe. This Lithuanian-German defence cooperation relationship has been in the works for the past 30 years, though in recent years this cooperation has blossomed into a full-fledged relationship in a number of areas, including procurement and acquisition, training and education, international missions and operations as well as readiness and deterrence initiatives. This ceremony is just another essential piece to the steadily growing defence cooperation between our countries,” Vice Minister V. Umbrasas said.

Related articles
Linkevicius: Duda will also represent Lithuania's interests during meeting with Trump
Lithuania expects some of US troops withdrawn from Germany to stay in Europe

According to Vice Minister, presence of German troops in Lithuania and participation of Lithuanian troops in military activities in Germany not only increase the interoperability of German and Lithuanian forces but also significantly contribute to a stronger security of the Baltic region.

The agreement lays out terms for temporary stay of troops of armed forces of Germany and Lithuania deployed in each other’s territories for training and exercises. Additionally, the document will serve as a basis to set supplementary or new rules concerning some aspects of military cooperation: for example, in setting the limits on the number of deployed troops and the period of time of their stay in the host nation, additional requirements for state of health certification for members or armed forces deploying to a host nation. The agreement will also set regulations on the areas not covered by the NATO Status of Forces Agreement (NATO SOFA) signed in 1951, such as, environmental protection (respecting environmental sustainability, prioritising travel by railway), telecommunications (limitations on radio frequencies use for advertising, jamming), and others. The agreement also defines terms for humanitarian assistance and search and rescue operations.

Germany was the initiator of the signature of the agreement.

The document will come into force when it is ratified by the Seimas of the Republic of Lithuania.