Eldad Beck
author at "Israel Hayom"
aA
Linas Linkevičius tells Israel Hayom that he hopes the Palestinians will realize that dialogue between Israel and the Arab world is a "good thing." But Israel, he says, must understand that annexation is not acceptable under international law. 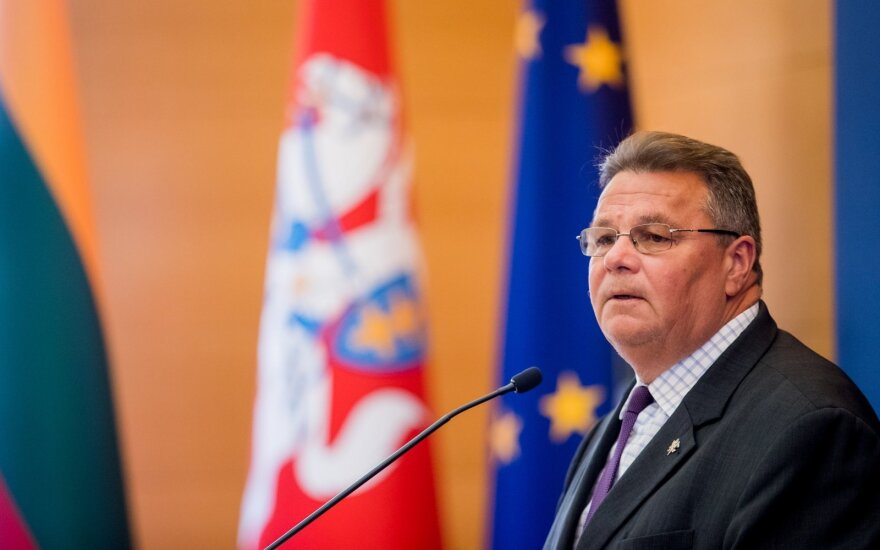 Only recently, Lithuania agreed to Israel's request that it not allow Hezbollah operatives to enter its borders. Three years ago, Linkevičius organized an invitation for Prime Minister Benjamin Netanyahu – who at that time was also acting foreign minister – to meet with European foreign ministers, breaking a long-term impasse between Brussels and Jerusalem.

Currently, Linkevičius is dealing other problems, namely the ongoing crisis in Belarus. Speaking to Israel Hayom, Linkevičius said he believed that change in Belarus was possible, and that the EU should cut ties with the current regime in Minsk.

"People in Belarus deserve to live a normal life," he said, adding that while a flourishing democracy might be slow to arrive, it was impossible not to hold members of the recent regime responsible for events in that country.

"The least we can do – the Lithuanians, the EU, and other countries – is to say that a leadership like that is unacceptable."

When asked why the EU did not appear delighted at the news that Israel and the United Arab Emirates were normalizing relations, Linkevičius said, "It's a step in the right direction."

Generally speaking, the foreign minister said, Lithuania wanted to see dialogue between Israel and the Arab world, but right now realized that the Palestinians were not "thrilled."

Lithuania hopes that the Palestinians will understand that dialogue between Israel and the Arabs is a good thing, he added.

Linkevičius added that it was important that Israel's plans to "annex" parts of Judea and Samaria had been postponed, and that the deal between Israel and the UAE was something "very positive."

Touching on the matter of continued EU support for the Palestinians, Linkevičius said, "there is a need to find a balance in terms of providing them with aid. What is lacking, I think, is ongoing, fair, and pro-active dialogue with Israel.

"The Palestinians need to be told to start acting fairly, condemn terrorism, and not provide a haven for those who commit terrorist acts. And Israel should be told that the two-state solution is important, and annexation is not acceptable under international law. There is no black and white," he said.

The Lithuanian government has banned entry to people linked to the Hezbollah paramilitary movement...

President pays tribute to Vilna Gaon on his 300th anniversary

April 23 is the 300th birth anniversary of Elijah ben Solomon Zalman, a world-famous Torah and...