BNS
aA
Lithuania would be likely agree to another Brexit extension if requested by the United Kingdom, Foreign Minister Linas Linkevicius said on Wednesday. 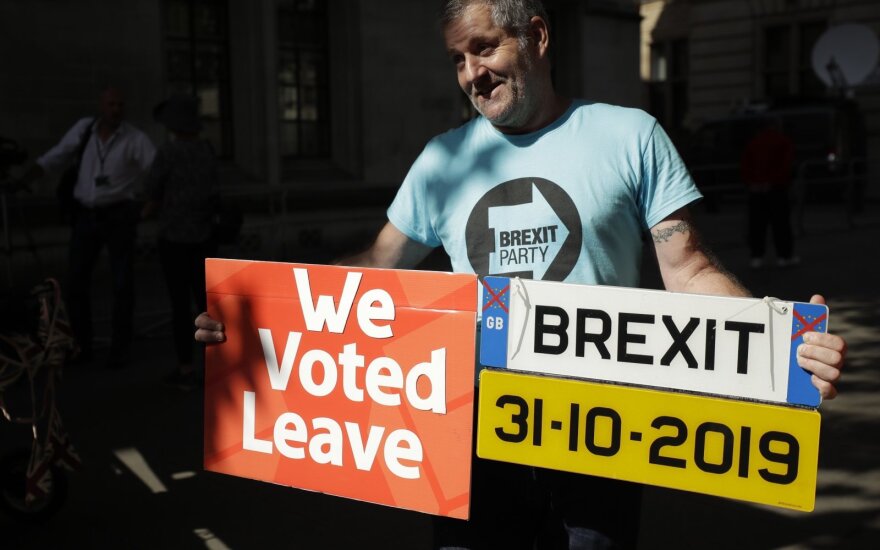 "If there is a request, we will definitely look at it positively," he told reporters at a joint news conference with Swedish Foreign Minister Ann Linde in Vilnius.

Sweden's top diplomat said the EU had several times shown flexibility by agreeing to postpone Britain's departure from the bloc.

"If there is real will from the UK to get a deal .... Everybody wants a deal," she told reporters.

British Prime Minister Boris Johnson has said his country will leave the EU on October 31 –with or without an agreement.

The EU's chief Brexit negotiator, Michel Barnier, said on Wednesday a deal on Britain's withdrawal was "very difficult but possible" to achieve before next week's EU summit.

Linkevicius said the EU would not back down on the so-called "backstop" that would require all the UK, or at least Northern Ireland, to temporarily remain in the EU's customs union.

This is the most contentious part of the withdrawal talks.

"Definitely, we are showing solidarity with Ireland. We understand that backstop is a must and it cannot be replaced," Linkevicius said at the news conference.

"Questions are not answered; nobody knows what will happen, including, I'm afraid the UK government. So we have to wait, be patient, constructive, and we hope that the outcome will be as positive as possible," he said.

The Swedish minister said she still believed that a deal could be reached.

"The prospect of no-deal (Brexit) is really, really bad," she said.

EU leaders will hold their Brexit summit on October 17-18.

After the European Union 's diplomatic service has cancelled its planned visit to Minsk , Lithuanian...