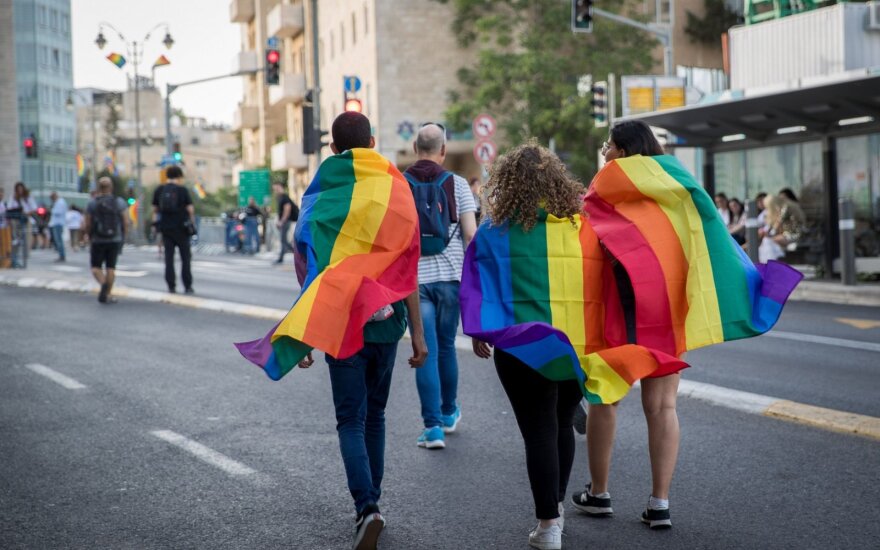 Vyacheslav Melnyk, executive director of the Campaign Against Homophobia in Warsaw, said on Thursday he was saddened by Skvernelis' decision as during the 2019 parliamentary election campaign, Kaczynski "shamelessly used hate speech towards LGBTI people in Poland".

"As a result, it caused a pogrom-like atmosphere during the Pride March in Bialystok and even an unsuccessful bomb attack attempt during the March of Equality in Lublin. It goes without saying that speaking about restricting a right to peaceful demonstration goes against any democratic standards in the European Union member state. It is sad to hear that there are democratic states, which may honor politicians, who ruthlessly use hate speech to gain political points," Melnyk said in a statement.

Vladimir Simonko, leader of the Lithuanian Gay League, says "awards of such a level should be presented to people with an impeccable reputation".

"But if that person incites hatred towards one social group, one needs to think ten times whether it's the right time to do that. It’s a hasty wish to improve relations with Poland at the expense of one or another social group," Simonko told BNS Lithuania.

"I am offended that a person who is consistently trying to do away with the LGBT community is deemed worthy of a top award. It's like a spit in the face," he said.

At Skvernelis' initiative, the Lithuanian Cabinet endorsed the proposal to award Kaczynski on Wednesday, four days before the general election in Poland.

The prime minister's spokesman Tomas Berzinskas refrained to comment on the LGBT organizations' statement, stating that Kaczynski is nominated for the award for strengthening bilateral relations.

"I would only remind you that Kaczynski is nominated for undoubted merits to strengthening bilateral relations between Lithuania and Poland, the long-standing friendship between our two nations, as well as for long-standing support to the integration of Lithuania and the whole Baltic region into Western structures in the areas of military and energy security," he said.

Skvernelis said earlier the decoration initiative had nothing to do with the Polish parliament election.

Lithuanian President Gitanas Nauseda has extended, for another month, his decree allowing Prime...

The Lithuanian government will on Wednesday decide on the establishment of a commission on ethnic...

Representatives of Lithuania’s lesbian, gay, bisexual and transgender ( LGBT ) community and their...