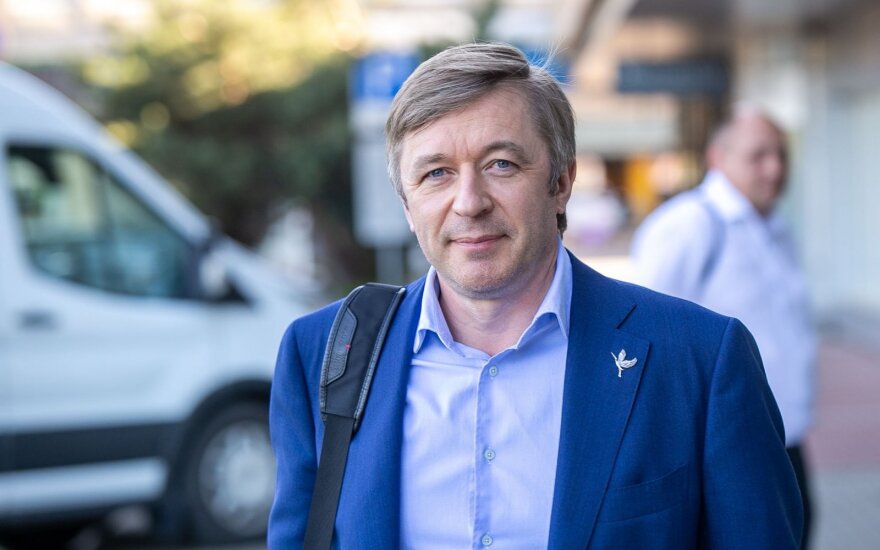 "Today, we are the president's support in the Seimas," he told the Ziniu Radijas news radio on Friday stating that the party and the president share opinions on many issues.

As an example, he mentioned the partnership law almost all members of the LFGU group voted against, and Nauseda confirmed on Wednesday he would have not signed the bill that defines marriage and partnership almost identically into law.

The LFGU has 32 seats in the Lithuanian parliament and is the biggest opposition group.

Karbauskis also said on Friday his party is mulling nominating its own candidate for the upcoming presidential election, but could also support the incumbent president if he decided to seek reelection.

Related articles
President's decision on LGBTQ sparks controversy back home  (2)
Scientists: in Lithuania, populism does not have many features of radicalism

"We will take part in the presidential election and have our own candidate. If the incumbent president needed the LFGU's support, we would consider that," Karbauskis said.

Speaking during his annual press conference on Wednesday, Nauseda said the question of him seeking reelection was premature, adding that his personal health and other plans might affect the final decision.

President Gitanas Nauseda assumed his position on July 12, 2019 after beating the country's incumbent Prime Minister Ingrida Simonyte in the runoff. He replaced Dalia Grybauskaite after she served two presidential terms.

The next presidential election will take place in May, 2024.

Karbauskis vows to stay in politics after renouncing MP mandate