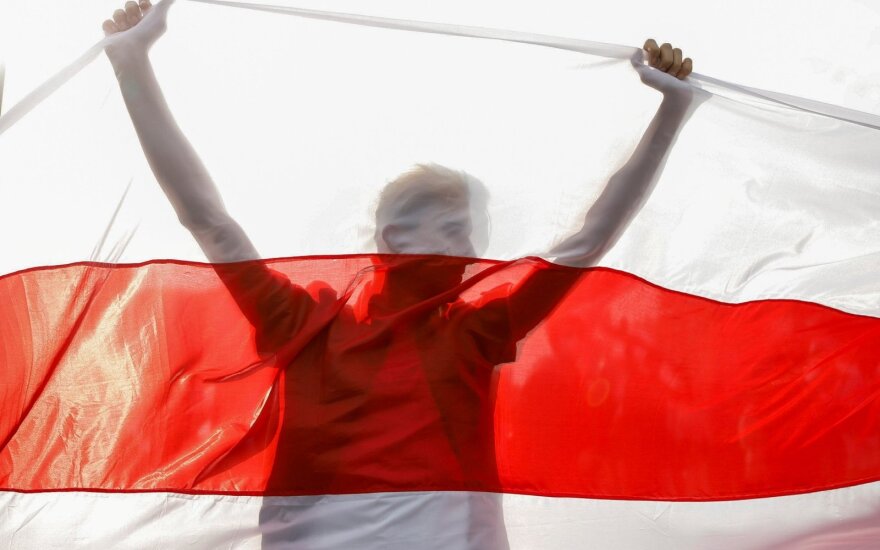 Audrys Antanaitis, the language watchdog's chairman, told BNS the VLKK informed about it the Foreign Ministry on Tuesday morning after the ministry sent it Tsikhanouskaya's letter a month ago.

"The name in the Belarusian language – Belarus – has two equivalents in the Lithuanian language – "Baltarusija" and "Gudija". In response to the calls, it would be worthy getting back to the issue of which of them is more suitable for the official use. We do agree that it would be meaningful to hold a wide public discussion, and also the variants proposed by Lithuanian history specialists – "Baltoji Rusia", only used in Lithuanian historiography so far, and a new non-systemic variant "Baltarusia", could also be considered," the VLLK letter reads.

The language watchdog says it is ready to take part in discussions and "consider all arguments that would help to make a decision on this issue".

Antanaitis also confirmed that Tsikhanouskaya's proposed variant "Belarusia" is not being considered as at least one or all parts of countries' names in the Lithuanian language are Lithuanianized.

"For example, we have "Juodkalnija", not "Montenegro". "Naujoji Zelandija, and not "New Zeland". "Dramblio Kaulo Krantas", and not Cote d'Ivoire. We translate those parts, applying the Lithuanian grammar rules, therefore, we don't explain anything about it in the letter, as this variant is completely impossible," the VLLK chairman said.

Antanaitis says that out of the three mentioned variants, he would not back "Baltoji Russia" as it is traditional in the Russian and Latin languages, but not in the Lithuanian language where "Gudija" is traditionally used.

"If sufficiently sound political and historic reasons to change the country's name emerge, as the language commission's chairman, I would be in favor of the variant "Baltarusia", but I would also not reject the "Gudija" variant," Antanaitis said.

In January, having received a letter from Tsikhanouskaya, Lithuanian Foreign Minister Gabrielius Landsbergis asked VLKK to consider changing the Lithuanian-language name of Belarus in a move he said was aimed at starting a discussion among historians and linguists on the issue. In his words, such a discussion would be "meaningful and contributing to the formation of the identify of the Belarusian people".

In her letter, Tsikhanouskaya asked to "replace the official Lithuanian name "Baltarusija" with a form that would be more similar to the one used in the Belarusian language", stating that that "by changing the name of the country, Lithuania would show respect for the sovereignty of its neighbor and would support the linguistic and cultural identity of the Belarusian people".

Antanaitis also reiterated his previously expressed position that one should not jump into changing the name "in response to political events", but should hold a wider discussion with experts and the public.

At the Foreign Ministry's request, the language watchdog approved "Sakartvelas" (Sakartvelo) as an alternative name for "Gruzija" (Georgia) three and a half years ago.

It has recently endorsed "Sakartvelas" as the official Lithuanian-language name for Georgia.

Lithuania ready to consider changing its name for Belarus (3)

The Lithuanian Foreign Ministry said on Thursday it was concerned about the recent political situation...