Landsbergis on dialog with Minsk: we want to please someone who put boots on our table 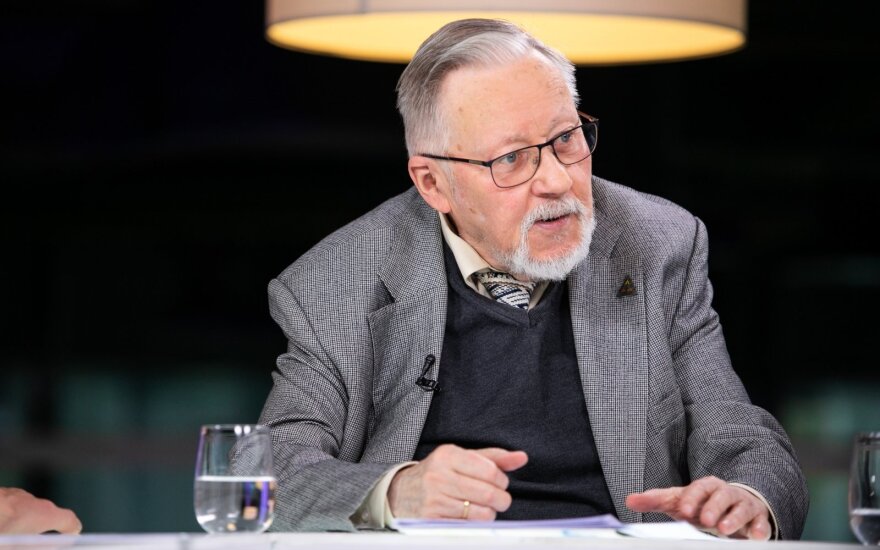 By seeking to reopen dialog with Belarus, Lithuanian officials want "to please someone who has put their dirty boots on our table," Landsbergis said.

"Lithuania's biggest problem is the threat to Lithuania's viability due to its exposure to nuclear contamination (from) the nuclear power plant that is nearing completion very close to us, to our capital, in an impermissible place, without guarantees, without protection, without international permission, and without any consent of Lithuania," he told the Ziniu Radijas radio station on Friday.

According to the conservative politician, the question is whether Lithuania's opposition to the Astravyets project has been "genuine or just a sham".

"One may pretend to disagree, but when there is an opportunity, when Belarus' legitimization, bringing it closer to Europe is discussed, is Lithuania laying down any conditions as to that poison, the guillotine erected near Vilnius?" Landsbergis said. "Lithuania is not laying down any conditions. A new EU-Belarusian agreement is being drafted now, and Belarus is offered all kinds of goodies, but what about this issue?"

Landsbergis' conservative Homeland Union–Lithuanian Christian Democrats has criticized an initiative by President Gitanas Nauseda and Foreign Minister Linas Linkevicius to seek a broader dialog with Belarus, saying this may mean that Vilnius is softening its position on the Astravyets plant.

Nauseda has dismissed the criticism, saying that Lithuania stands firm on its position that the nuclear power plant is unsafe, but Vilnius will lose any levers of influence it may have if it avoids any dialog with the neighboring country.

In recent years, Lithuania has been the only EU member country to block an agreement on EU-Belarusian partnership priorities.

The conservatives insist on continuing to block the agreement. The president and the foreign minister say they will not approve the deal unless it lays down conditions regarding respect for democratic values and nuclear safety requirements.

After the European Union 's diplomatic service has cancelled its planned visit to Minsk , Lithuanian...

Linkevicius: new Belarusian-Russian deal to have negative implications for Lithuania

New integration agreements between Minsk and Moscow will bring Russia closer to the Lithuanian...

Most key figures of past 30 years in Lithuania named (3)

Professor Vytautas Landsbergis , chairman of the Supreme Council-Reconstituent Seimas, as well as...

A group of experts advising the government on the coronavirus pandemic suggest allowing more retailers...