BNS
aA
The European Court of Human Rights' rulings might encourage some lawyers or organizations to seek financial gain and this way unconsciously assist the Minsk regime, Laurynas Kasciunas, chairman of the Lithuanian parliamentary Committee on National Security and Defense, says. 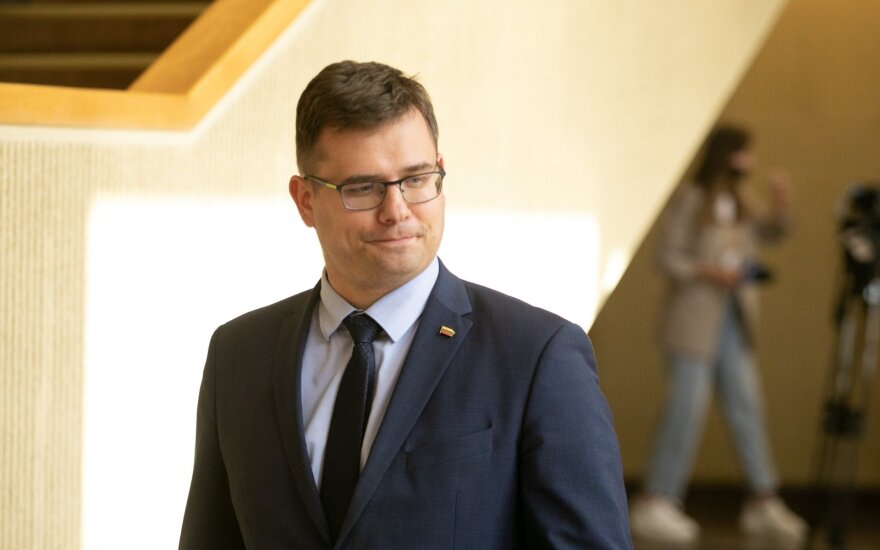 In his interview with the national radio LRT on Wednesday, Kasciunas said he was "positively surprised" by the ECHR rulings on Poland and Latvia when the court told the countries in late August to provide assistance to several migrant groups.

"It was stated very clearly that these countries do not have the duty to accept everyone, meaning that the push-back policy is justified and that they only need to take care of the rights and living conditions of the existing migrants. So I completely agree that it has to be done," he said.

"But the fact is that there might also be lawyers who might seek some financial gain out of this, and also various other organizations, even having some noble goals, that might do a service to Lukashenko's decision to traffic illegal migrants via Lithuania," the CNSD chairman said.

Meanwhile, Vytautas Bakas, a member of "For Lithuania's Cause", a recently-established new opposition political group in the Seimas, categorically disagrees, saying that the European Union has very high human rights standards and Lithuania when it joined the EU, committed to comply with these standards and ensure the rule of law.

"I believe that if we screw up in this situation with migrants, we in fact will do a certain service to Russian security architects who want to destroy this system of values. I don’t think human rights defenders cooperate or enter into some unions with Belarus and Russia. Quite the contrary, Russia would have a great pleasure to destroy European values," he told the LRT.

The ECHR introduced interim measures last week and banned Lithuanian border guards from sending five Afghans back to Belarus. The State Border Guard Service confirmed on Tuesday night that these five Afghans had been detained in Lithuania's territory earlier that night some 250 meters from Lithuania's border with Belarus. Lithuania plans to appeal the ECHR's decision on interim measures.