...
BNS
aA
Lithuania's forecasted GDP contraction due to the coronavirus crisis will bring the country's defense budget down, forcing the military to revise some development plans and save funds, Defense Minister Raimundas Karoblis said on Friday. 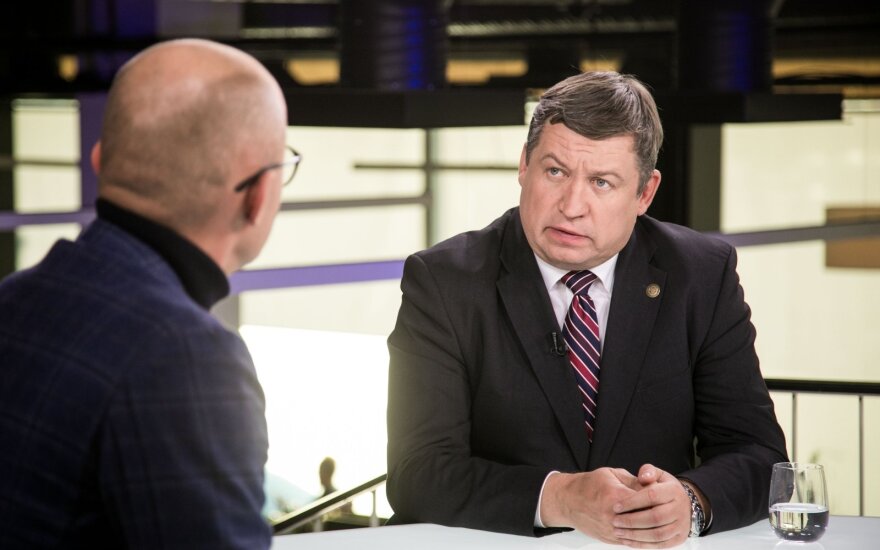 However, Lithuania must continue to meet NATO's defense spending target of at least 2 percent of GDP, he added.

"No one should doubt that the minimum standard of 2 percent of GDP needs to be maintained," the minister told LRT Radio. "The NATO secretary general and the US secretary of defense have spoken on more than one occasion in the past few weeks about the need to continue funding."

Conventional threats have not disappeared and the county must maintain its defense capabilities. It cannot suspend its existing contracts, and must continue to ensure the logistical supply of the Armed Forces, according to Karoblis.

However, military development plans and some priorities will have to be reviewed.

"If GDP shrinks, and it appears to be shrinking, it is natural that the defense budget must shrink, too," the minister said.

"We'll have to look at our priorities to see where we could save and how to adjust the pace of modernization," Karoblis said.

"I don't think we could drop something that has been planned for ten years ahead, but (we have) to identify measures that we could bring forward somewhat," he said. "The pace of military development may also slow down, that is, the development of personnel, taking into account the existing structure."

A "refinement" of some priorities will be necessary to ensure a more efficient use of funds, the minister added.

The Lithuanian economy may contract by 7.3 percent this year, but is expected to grow by 6.6 percent next year, according to the latest forecast released by the Finance Ministry on Monday.

The projections are based on the assumption that the spread of the virus is contained in the first half of this year.

Hotels and tourism in Lithuania might need whole year to recover

The Latvian citizens who will come to work in Lithuania having received the Lithuanian government's...

On Saturday morning, there were 1426 confirmed COVID-19 cases in Lithuania. On Friday, 16 new cases...

On Monday morning, there were 1449 confirmed COVID-19 cases in Lithuania. During Sunday, 11 new cases...