BNS
aA
Lithuanian political parties' commitment to raise defense spending to 2.5 percent of GDP by 2030 will be fulfilled, the ruling Farmers and Greens Union's leader said on Monday. 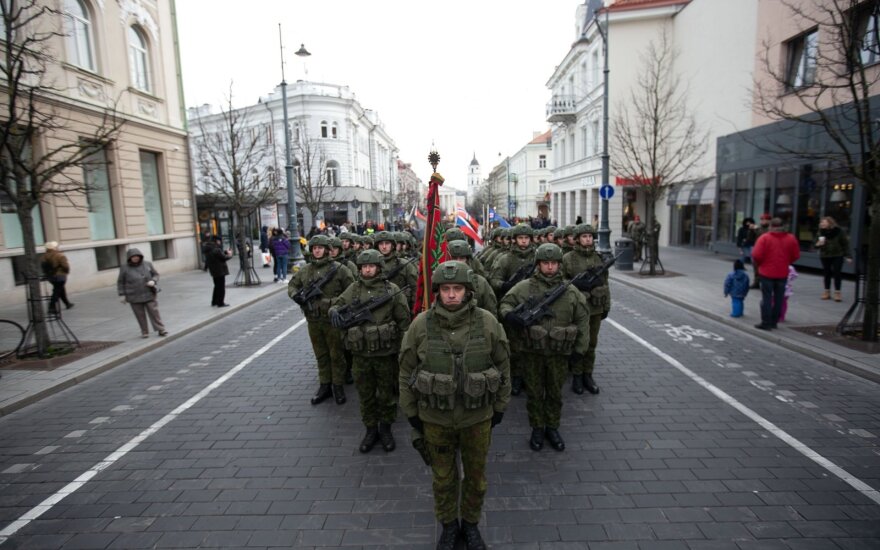 "We have a commitment to raise funding by 2030, which will be done," Ramunas Karbauskis told reporters on Monday.

The government's draft 2020 budget provides for borrowing funds to ensure that budget allocations for defense reach 2.05 percent of GDP next year. The parliament's Committee on Budget and Finance suggested last week that the target be lowered to no less than 2.01 percent of GDP.

According to Karbauskis, there is no commitment to increase the defense budget specifically to 2.05 percent of GDP next year.

"I want to say one thing: nobody is going to slow anything down. I'm not talking about not delivering on our commitments. What I was talking about was whether we need to increase national defense funding from 2.01 to 2.05 percent this year, because such a commitment does not exist," the Farmers and Greens' leader said.

"If someone says we fail to raise (defense funding) in line with our commitments, let them show whether these commitments are," he added.

In September 2018, the leaders of six parliamentary parties agreed to gradually raise defense spending to at least 2.5 percent of GDP by 2030. The Lithuanian Social Democratic Party refused to join the agreement.

Lithuanian President Gitanas Nauseda has called for the agreement to be implemented.

In a poll conducted by the pollster Vilmorus for BNS earlier this month, 30.3 percent of respondents said they were in favor or rather in favor of the commitment to raise defense spending to 2.5 percent by 2030.

Some 55.2 percent said they were against or rather against, and another 14.5 percent were undecided.

Lithuania's defense budget is expected to account for 2.03 percent GDP this year, marking the first time the country has met NATO's 2 percent target.

The Nordic and Baltic countries have possibilities to expand their cooperation in the area of...

Ruling party leader: new retail tax will not be imposed in January

The leader of the ruling Lithuanian Farmers and Greens Union admits that the proposed new...